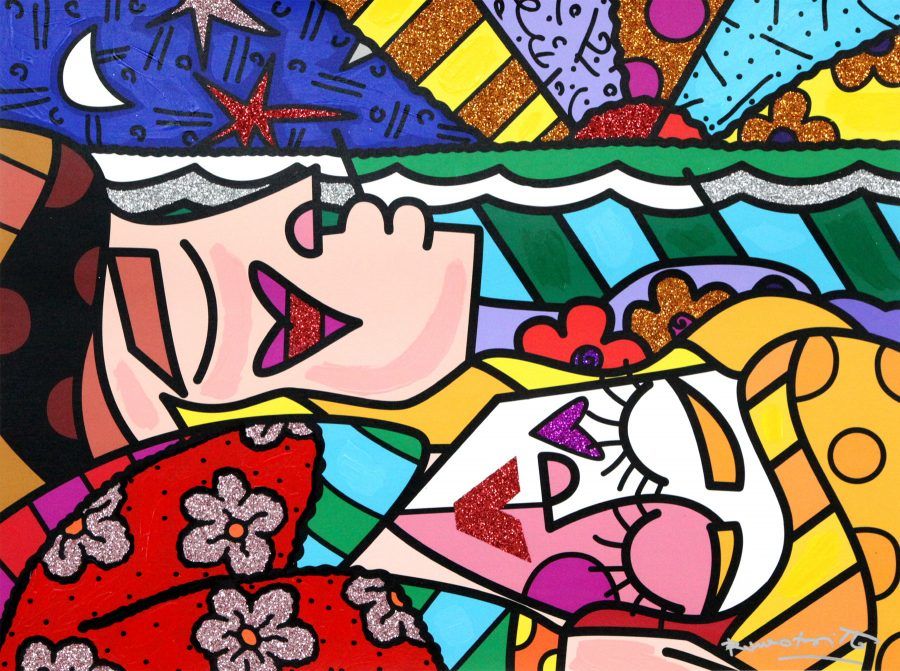 Five works from Brazilian artist Romero Britto will be exhibited at an exclusive gathering this Saturday at the Monaco Yacht Club, organised by renowned arts and lifestyle media commentator and entrepreneur Natalia Cola.

Romero Britto’s work is often referred to as the ‘art of happiness’, thanks to his distinctive style that blends Pop Art with Cubist-like abstraction. His colourful illustrations have been commissioned by the likes of the Super Bowl, the Olympics, the World Cup and Disney, and hang in galleries and museums around the world.

He has also recently completed a portrait of Prince Albert and Princess Charlene.

Born in 1963 in Recife, Brazil, Romero Brittois a self-taught artist who finds inspiration in, among others, Matisse and Andy Warhol, as well as the Prince of Wales, whose charity he happens to be on the board of.

“HSH Prince Albert and HSH Princess Charlene of Monaco are also such an inspiration,” adds Romero. “I’m so honoured to have done their portrait, and I am super excited to be joining the incredible Natalia Cola and her family this weekend at the beautiful yacht club, and I am very much looking forward to seeing friends and collectors in Monaco.”

It will be Romero’s first stand-alone exhibition in the Principality and follows a recent auction by Sotheby’s London that saw two of his works sold for £290,000. The artist does, however, make a point of pricing his artwork so they are accessible to all.

“His work can be very expensive, which is important to collectors as his pieces will always grow in price,” says Natalia. “But some are also very well priced, which is his wish.”

Money raised from the auction of those two paintings in London went to the Richard House Children’s Hospice, one of 250 charitable organisations that the artist supports.

“I’m honoured to be part of such an incredible platform to do good and make our world a better place each day and to help young people reach their potential,” says the artist. “I think it is incredible for everyone to share their passion, resources and time to a charitable cause.”

Only five paintings will be on show at the invitation-only event at the Yacht Club of Monaco on Saturday, and they are all expected to sell out.