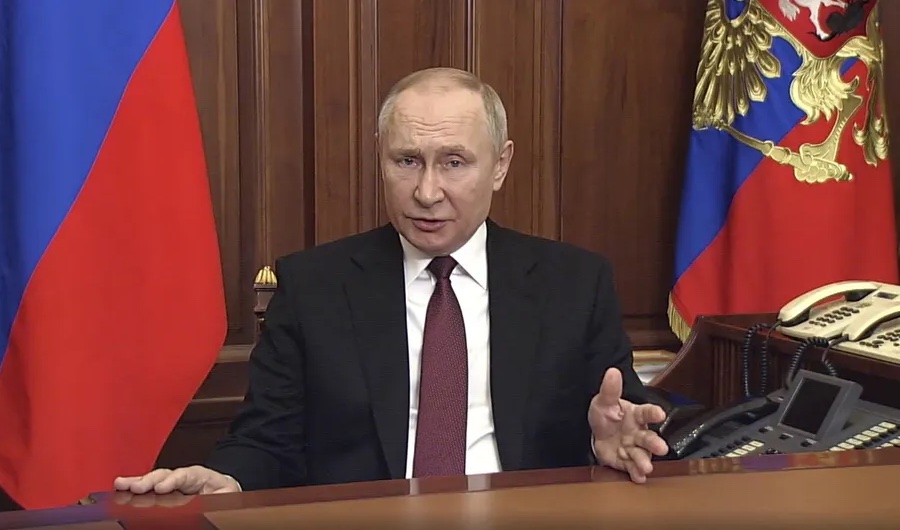 Russian troops launched a wide-ranging attack on Ukraine on Thursday, as President Vladimir Putin cast aside international condemnation and sanctions and warned other countries that any attempt to interfere would lead to “consequences you have never seen.”

Big explosions were heard before dawn in Kyiv, Kharkiv and Odesa as world leaders decried the start of an invasion that could cause massive casualties, topple Ukraine’s democratically elected government and threaten the post-Cold War balance on the continent.

Ukrainians started fleeing some cities, and the Russian military claimed to have incapacitated all of Ukraine’s air defenses and air bases within hours.

President Volodymyr Zelenskyy declared martial law, saying Russia has targeted Ukraine’s military infrastructure. Ukrainians who had long braced for the prospect of an assault, while never knowing precisely when it would come, were urged to stay home and not to panic even as the country’s border guard agency reported an artillery barrage by Russian troops from neighboring Belarus.

Putin justified it all in a televised address, asserting that the attack was needed to protect civilians in eastern Ukraine. He accused the western alliance of ignoring Russia’s demands to prevent Ukraine from joining NATO and for security guarantees. He also claimed that Russia does not intend to occupy Ukraine but will move to “demilitarise” it and bring those who committed crimes to justice.

“We strongly condemn Russia’s unprovoked attack on Ukraine. In these dark times, our thoughts are with Ukraine and the innocent women, men and children who face this unprovoked attack and fear for their lives,” said von der Leyen.

French President Emmanuel Macron has spoken with his Ukrainian counterpart Volodymyr Zelensky and reiterated France’s support to him “in economic and financial matters and in terms of defensive equipment,” said the Elysee in a press release.

“France strongly condemns Russia’s decision to wage war on Ukraine,” Emmanuel Macron said on Twitter. “Russia must immediately end its military operations. France stands in solidarity with Ukraine. It stands with the Ukrainians and works with its partners and allies to end the war.”

Leaders of European countries are due to meet for a summit on Thursday at 8pm in Brussels to discuss”massive” sanctions against Moscow. The first EU sanctions came into force on Wednesday evening in response to Monday’s recognition of the independence of separatist territories in eastern Ukraine.

Meanwhile, U.S. President Joe Biden pledged new sanctions to punish Russia for the aggression that the international community had expected for weeks but could not prevent through diplomacy.

Biden in a written statement condemned the “unprovoked and unjustified attack,” and he promised that the U.S. and its allies would “hold Russia accountable.” The president said he planned to speak to Americans on Thursday after a meeting of the Group of Seven leaders. More sanctions against Russia were expected to be announced Thursday.

Ukraine’s Foreign Minister Dmytro Kuleba described the assault as a “full-scale invasion” and said Ukraine will “defend itself and will win. The world can and must stop Putin. The time to act is now.”