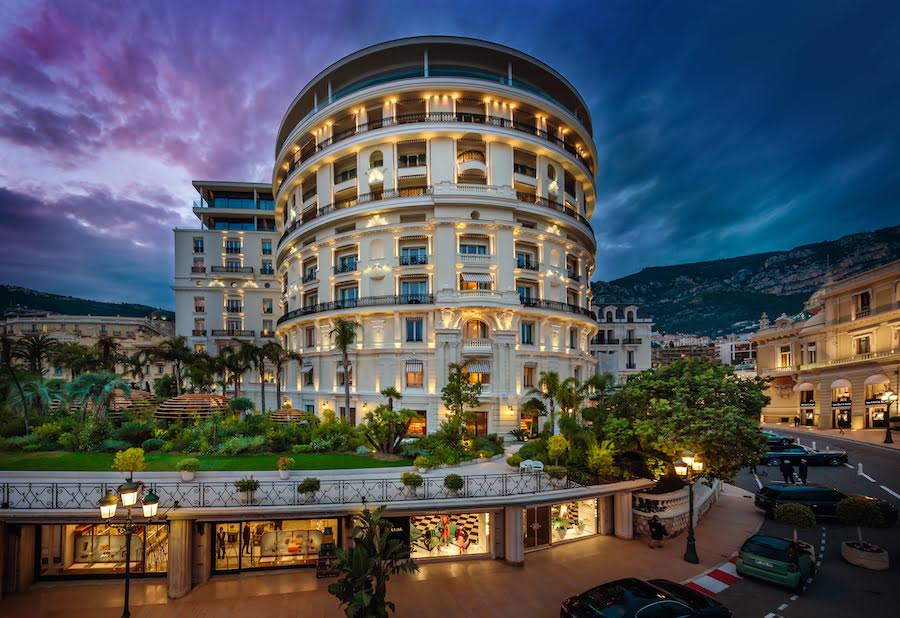 SBM revenue was up 18% last financial year, placing Monaco’s largest employer in a strong position to battle repercussions of the Covid-19 health crisis. Nonetheless, the group acknowledges a “substantial deterioration” in next year’s financial performance.
During a digital press conference joined by Monaco Life on Thursday evening, Société des Bains de Mer (SBM) President Jean-Luc Biamonti presented the results of the 2019-2020 annual report ending March 2020, and the SBM’s positive results for the second consecutive year.
He revealed that Société des Bains de Mer and its subsidiaries generated revenue of €619.8 million for the entire financial year 2019/2020 compared to €526.5 million in 2018/2019 – an improvement of 18%.
“This €93.3 million increase in turnover is the result of an improvement in revenues in all business sectors, recorded continuously throughout the financial year until the end of February,” said Mr Biamonti. “The last month of the fiscal year, however, was strongly impacted by the consequences of the Covid-19 epidemic.”
All of SBM’s casinos and restaurants were closed in mid-March when Prince Albert ordered the lockdown, followed by the Hermitage Hotel and the Méridien Beach Plaza. Only the Hôtel de Paris and the Monte-Carlo Bay Hotel and Resort remained partially open to accommodate customers, particularly permanent residents, but occupancy remained low.
It is estimated that SBM lost €15 million in turnover in the last month of the 2019/2020 financial year due to the impact of the pandemic.


Gaming
The gaming sector reported revenue of €239.8 million, compared with €222.7 million in 2018/2019. This growth was largely due to improved revenue from slot machines, which rose by 11% to €113.0 million for the financial year as a whole. Revenue from table games also rose by 5%.
Hotels
Hotel revenue was €284.3 million, compared with €253.7 million in 2018/2019. The increase has been attributed to the full opening of the Hôtel de Paris and the success of Coya.
Rents
This area saw the most significant increase in revenue for SBM, mainly due to the leasing out of new spaces at the Hôtel de Paris and in the One Monte-Carlo complex, and the gradual take-up of residential leases at the One Monte-Carlo complex.
The rental sector therefore reported revenue of €96 million, compared with €51.9 million previously.
Operating result
As a result of strong rental revenue, SBM Group was able to achieve an operating profit of €22.6 million, compared to an operating loss of -€9.6 million during the previous financial year.
Net income
Net consolidated profit was €26.1 million, compared with a profit of €2.6 million for the fiscal year 2018/2019, an improvement of €23.5 million.
In terms of financial structure, shareholder’s equity amounted to €649.4 million as at 31st March 2020, compared with €622.3 million at the end of the previous fiscal year.
Impacts of the Covid-19 epidemic
Mr Biamonti acknowledged that the Covid-19 pandemic has had a severe impact on the SBM Group’s business with the forced closure of most of its public establishments. However, the Group was able to retain most of its revenue from commercial and residential rental activities. “This serves to confirm that the diversification strategy adopted in recent years, to develop the Group’s real estate assets and rental business, was indeed justified,” said the SBM president.
But April to September is generally the strongest time of year in terms of business, so the Group expects a substantial deterioration in financial performance next financial year.
Mr Biamonti acknowledged that, given the rapidly evolving nature of the situation and the lack of visibility of the epidemic’s effects on its activities, SBM is not yet able to foresee the exact scale of this impact.