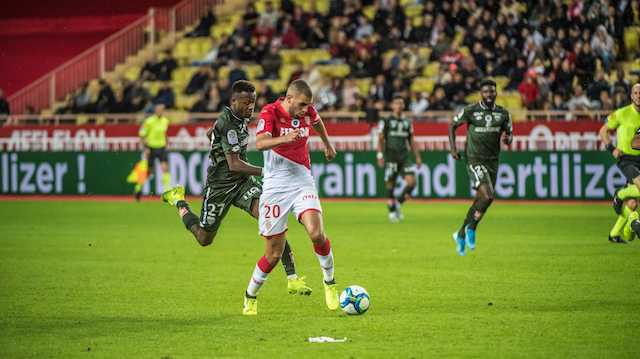 AS Monaco’s Vice-President Oleg Petrov has reportedly made it clear that the team is not intending to let Islam Slimani leave this transfer period, despite his asking to do so.

Islam Slimani is not a happy camper. After having begun the season paired with Wisam Ben Yedder and being consistently part of the starting line-up, life under new head coach Robert Moreno is not so good. His 4-3-3 approach has left Slimani’s time on the pitch significantly slashed, playing only one game since Moreno’s arrival.

The 31-year-old Leicester City loan has found the new set up to be less than desirable, going so far as to say he feels Monaco has been “ungrateful” toward him, according to some reports. He has requested to leave his contract sixth months early to pursue other options, notably offers from the Tottenham Hotspurs and Manchester United.

Man U has been searching desperately for a striker, whilst the Spurs are in need of a replacement for the injured Harry Kane until at least April.

But Monaco is reportedly reluctant to let him go, so far not agreeing to release the Algerian striker under the terms of their loan agreement, which also disallows him to be recalled by Leicester City. The Red and Whites could ask for compensation to cancel his loan if he is snapped up by another team, but there’s been no word if this is even an option has been floated thus far.

With only a couple of days left in the transfer window, it’s still unclear if Slimani will stay or be free to go. Hang on to your hats, folks. Looks like this one is going to go down to the wire.