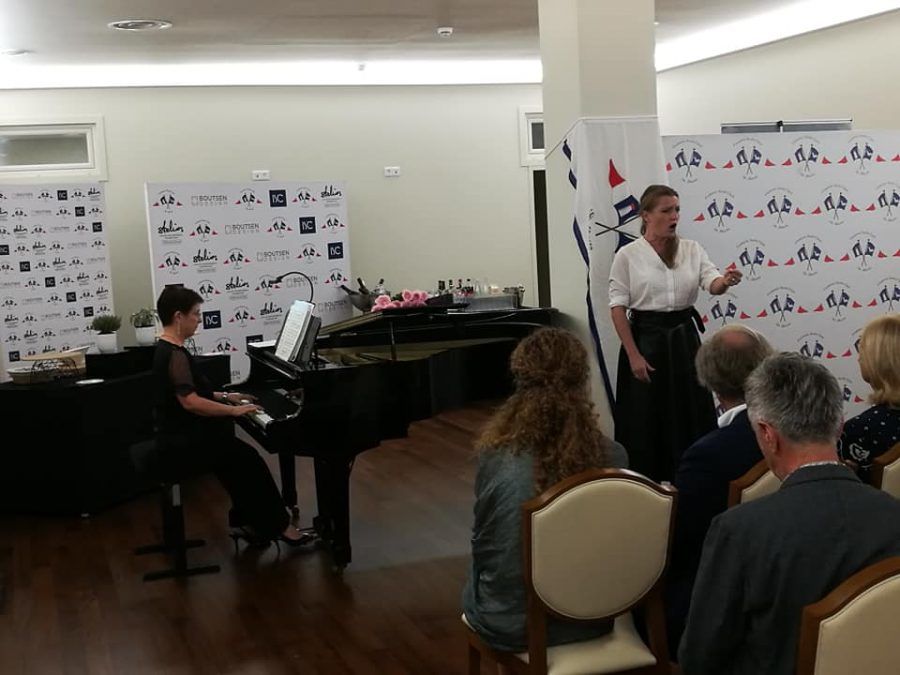 The Gustavia Yacht Club has hosted a special evening of classical music with member Henning Schwarzkopf and Eva Lind, Ambassador for the Académie Prince Rainier III.

Held on 15th September at the Stelios Foundation Conference Hall, the event featured an exclusive concert with mezzosoprano Vesselina Makarova and her masterclass of eight young singers, performing popular arias. Madame Makarova delighted the crowd by herself performing a beautiful aria from Carmen.

The Académie Prince Rainier III is a specialist music school controlled pedagogically by the Directorate of Music of the French Ministry of Culture. It is open to all young people aged from five to 32 years, and has skills and equipment that place it at the forefront of specialised arts education institutions.

The concert was attended by 50 GYC members and their guests and was a highlight among the Monaco Classic Week regatta celebrations.