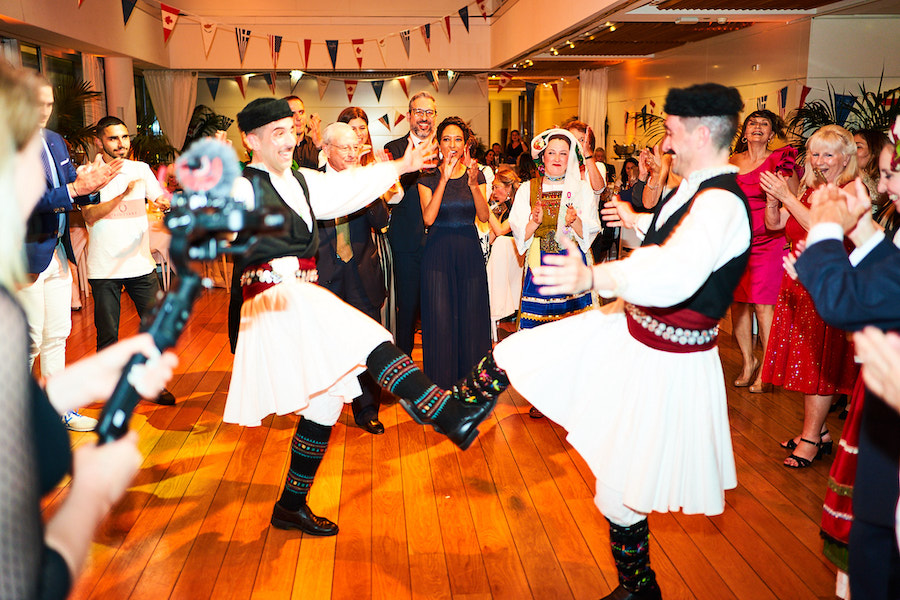 In the presence of HSH Prince Albert II, as well as Ambassador of France to Monaco Laurent Stefanini, Minister of State Pierre Dartout and Petros Machas – Honorary Consul General of Greece in the Principality of Monaco, a joint Anniversary Gala took place on Sunday 8th May, in the prestigious setting of the Yacht Club de Monaco. It was hosted by the organising committees of both the Hellenic Community of Monaco as well as of the American Club of the Riviera, to celebrate their 70th and 60th respective anniversaries of their presence in the Principality.

Members and friends were invited to join in the jovial celebration, which featured a Greek folk dance group performing in traditional costume that had flown in exclusively for the gala.

The Anniversary Gala celebration also included a fund-raising auction and, with the help of Safia el Malqui, the amount raised was €8,150, which is donated to the Cap-Optimist project to support the Monaco – Athens Crossing on Paddle boards, for the benefit of the Princess Charlene Foundation.