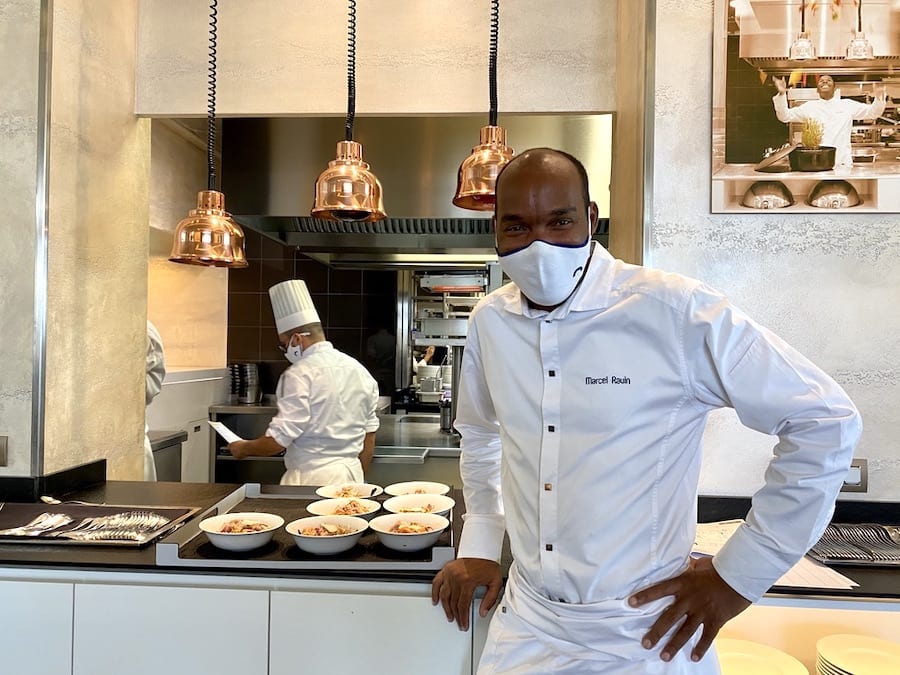 The first ever Festival of Stars is launching this May, featuring exclusive dinners by Monaco’s Michelin-starred chefs who are partnering up with other award-winning masters.
With seven Michelin star establishments to its credit, Monte-Carlo Société des Bains de Mer (SBM) is no stranger to fine dining experiences. Now, they are taking things one step further by launching the Monte-Carlo Festival of Stars, in parallel with the arrival of three Michelin starred Chef Yannick Alléno at the Hôtel Hermitage Monte-Carlo.
Over the next several months Michelin chefs from SBM’s resorts are inviting Michelin starred guest chefs to come and collaborate with them at the hotels, giving diners a truly unique night out.
Guests staying at the hotels for the occasions will also have the opportunity to meet the chefs before the events, adding icing to the cake.
The line-up starts on 29th May when Michelin starred Chef Marcel Ravin hosts two-Michelin starred Chef Michel Sarran at the Blue Bay restaurant in the Monte-Carlo Bay Hotel and Resort. Toulouse-based Sarran, whose restaurant bears his name, is also one of the jury members on the popular Top Chef television series on France M6.
On 12th June, Michelin-starred Chef Franck Cerutti will welcome Lido 84 Chef Riccarado Caminini into his kitchen to create a special lunch and dinner at the Grill in the Hôtel de Paris Monte-Carlo. Camanini’s Lake Garda establishment, which opened in 2014, was awarded Michelin star status a mere six months after opening, making him one of the cooking world’s brightest stars. His dish of spaghettoni with butter and brewer’s yeast was once described by Alain Ducasse as the best dish he’s ever tasted.
Further details are to be announced regarding a dinner at Elsa, Monte-Carlo Beach in September.
On 15th October, Chef Dominique Lory of the exclusive three Michelin-starred Louis XV-Alain Ducasse will open his doors at the Hôtel de Paris to Chef Michel Guérard, whose restaurant Les Prés d’Eugénie in Eugénie-les-Bains has held three stars in the Michelin Guide since 1977.
Finally, on 5th November, Chef Marcel Ravin will welcome three Michelin-starred sensation Chef Mauro Colagreco for a dinner at the Blue Bay, Monte-Carlo Bay Hotel & Resort. Chef Colagreco has achieved monumental success with his Menton restaurant, Mirazur, which has now risen to three Michelin stars.
The piece de resistance comes in November with the grand finale of the festival. The Monte-Carlo Casino will be the setting for an incredible dinner created by all of SBM’s Michelin-starred chefs on one night.

More than a festival, this culinary event is a true celebration of gastronomy orchestrated by those who make it shine.