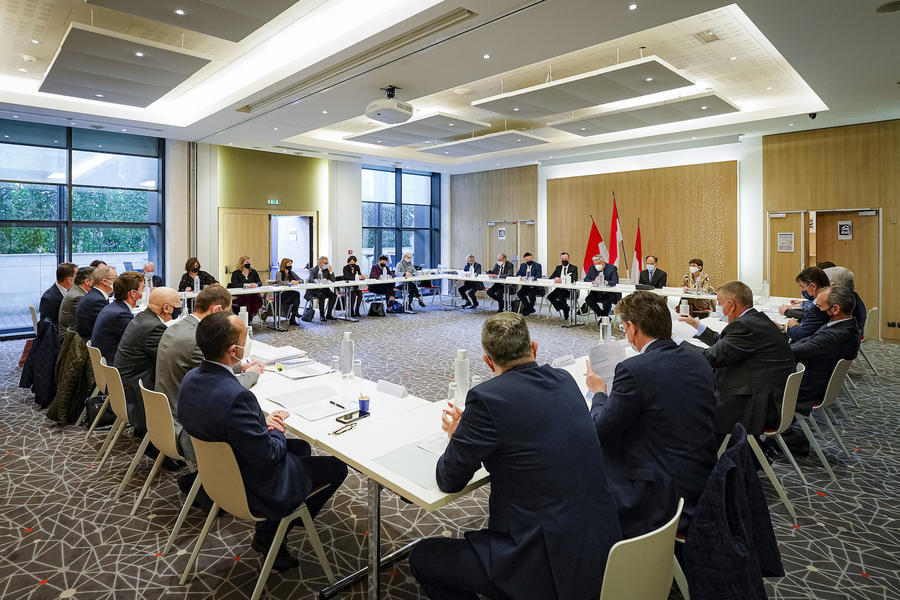 The committee charged with combatting financial crimes in the Principality of Monaco has met for the first time with Minister of State Pierre Dartout at the helm.

It may be a mouthful to say, but the new Committee for the Coordination and Monitoring of the National Strategy to Combat Money Laundering, the Financing of Terrorism, the Proliferation of Weapons of Mass Destruction and Corruption is aiming to pack a punch against financial crimes in all their incarnations.

The group, which met for the first time on 3rd February under the leadership of Minister of State Pierre Dartout, ties in directly with the National Council’s unanimous passing of two new laws on 31st January, as reported by Monaco Life on Tuesday, involving the prevention and fight against crimes to do with money laundering, fraudulent virtual currency transfers, terrorism financing and other fiscal crimes.

During Thursday’s meeting, Minister of Finance and the Economy Jean Castellini presented the national strategy, stating that it is based on the guiding principles of prevention, deterrence, national coordination and international cooperation.

To ensure no stone is left unturned, the Committee is divided into two groups. The first is made up of institutions such as the National Council, the Secretary of State for Justice, the Directorate of Judicial Services, the Government Advisor-Ministers of Finance and the Economy, the Interior, Foreign Affairs and Cooperation, the Attorney General, the Director of the Information and Control Service on Financial Circuits, the Comptroller General of Public Security, the Director of Budget and Treasury, Economic Expansion, Tax Services , the Secretary General of the Financial Activities Control Commission, the Head of the Gaming Control Department, and the French Customs Office in Monaco.

The Secretariat of the Committee comes from SICCFIN, whose Director, Michel Hunault, is in charge of monitoring the strategy.

According to the government, the Committee is a place for “exchanges, dialogue and consultation oriented towards a common objective of implementing the national strategy for the period 2022-2024”, adding that “the national strategy is a priority in accordance with the guidelines set by HSH the Sovereign Prince.”