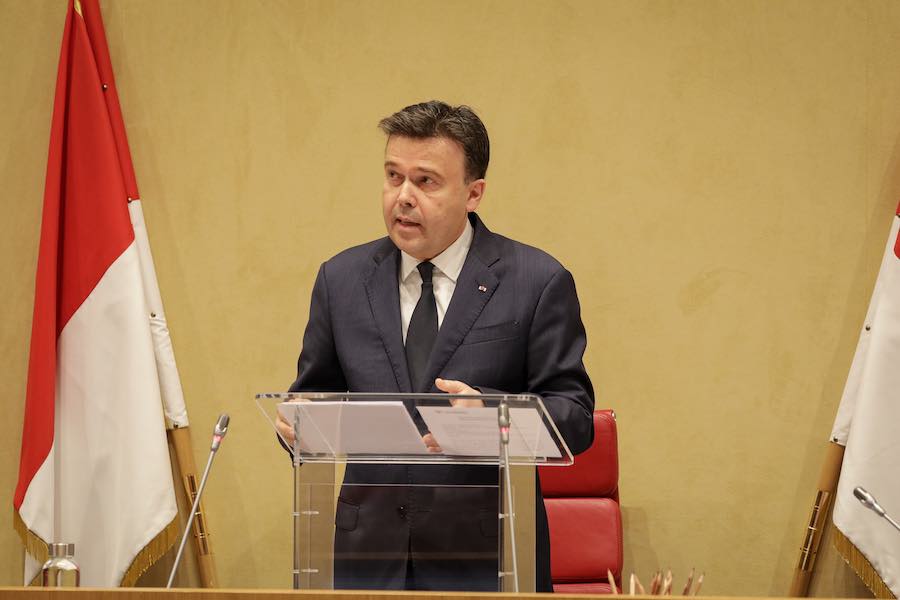 The National Council revealed on Monday that its President, Stéphane Valeri, has tested positive for the coronavirus.
The 58-year-old Monegasque politician and businessman took a PCR test on Monday 26th October and the positive result was publicly relayed soon after.
“Stéphane Valeri has few symptoms and his condition does not cause any concern,” said the National Council in a statement. “He is doing well and organises the work of the National Council remotely from his home, in close collaboration with his main associates. Under strengthened health protocols and recommendations in force, potential contact cases have been identified and will be tested within 24 hours.”
Other high-profile members of Monaco’s administration to have contracted the virus include former Minister of State Serge Telle and Prince Albert II, both of whom made a full recovery.
The diocese of Monaco revealed on Sunday that Archbishop Dominique-Marie David had tested positive for Covid one week ago and has been isolating at his residence in Monaco.
The Principality has seen a surge in Covid cases within the past week, with 25 cases confirmed from Monday to Sunday alone.
On Friday, Minister of State Pierre Dartout announced a range of new restrictions, including the closure of all bars and restaurants by 11.30pm.