Ventimiglia steps up appeal with ‘Beyond food’ festival

Ventimiglia steps up appeal with ‘Beyond food’ festival 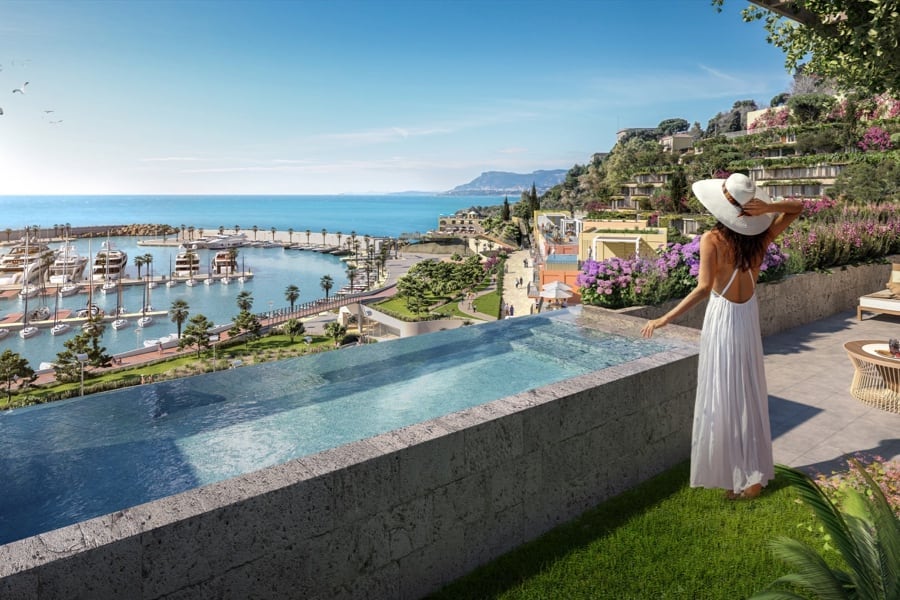 Marina di Ventimiglia is a major new construction project designed to boost the appeal of this Italian Riviera city to a more luxuriously-minded international clientele.

The main part, Borgo del Forte, will include a high-end hotel, luxury apartments, and gastronomic restaurants, as well as tennis courts, an events hall, and an international school.

To create some buzz while all of that is being created, the team behind the project, Marina Development Corporation (MDC), in conjunction with the City of Ventimiglia, is organising a summer festival titled ‘Beyond Food’.

Launched on Wednesday in the presence of the Mayor of Ventimiglia Gaetano Scullino and MDC CEO Giuseppe Noto, the culture, food and wine festival will run from May to September 2022, linking all three subjects.

“I thank Marina Development Corporation for this important initiative that enriches our city with a further lustre,” said Mayor Gaetano Scullino.

Firstly, the festival will feature a ‘Food’ exhibition by famed photographer Steve McCurry, the American photojournalist behind Afghan Girl, which is scheduled to take place from 7th May to 4th September at Forte dell’Annunziata, an ancient fortress built in the early 19th Century and featuring one of the most magnificent sea views in the world. The exhibition, sponsored by the Municipality of Ventimiglia and curated by Biba Giacchetti, will showcase 70 photographs by the four-time World Press Photo Contest winner, testifying to how food remains a central element for mankind and is the direct expression of cultures and territories. The exhibition, titled ‘Cibo’, forces the viewer in to a deeper reflexion and awareness of how food, fundamentally important for life, is actually present in different ways on different parts of the Planet.

“Our commitment to enhance Ventimiglia continues today with the promotion of Oltre il Cibo, an internationally renowned exhibition that fits very well into our idea of ​​developing the Marina di Ventimiglia – a large urban regeneration project with a strong Italian vocation but international in scope, which intends to complete the new tourist port with the construction of a village for hotel and residential use as well as a campus managed by an international school in the Campasso area, ” said MDC CEO Giuseppe Noto.

On the weekend following the inauguration of the exhibition, Friday 13th and Saturday 14th May, the first edition of the Ventimiglia Wine Masterclass will be held, hosted by experienced Wine Educator and founder of wine-club.it Cristina Mercuri. The first masterclass will focus on sparkling wines, journeying from Italy to France, and passing through Spain and South Africa. The second masterclass, ‘Reds even in summer’, aims to dispel the myth that red wines should only be reserved for the winter months. Both events will take place in the heart of the historic centre of Ventimiglia.

On Friday 8th and Saturday 9th July, in the Marconi square of the Marina di Ventimiglia, two exceptional mixologists will create three cocktails inspired by the Ligurian Riviera – Vincenzo Pagliara of Laboratorio Folkloristico, winner of the Gambero Rosso award as the Best Cocktail Bar in Campania, and Dom Carella, founder of Carico Milano, an eclectic venue named the best Cocktail Bar in Italy in 2021 by Gambero Rosso. Both events will be accompanied by a DJ set by Francesco Bacci of Lowtopic.

Finally, Eron, one of the most popular Italian graffiti artists, will transform a wall in the historic centre of Ventimiglia into a work of art in June to encourage reflection on the geopolitical context, borders and freedom.