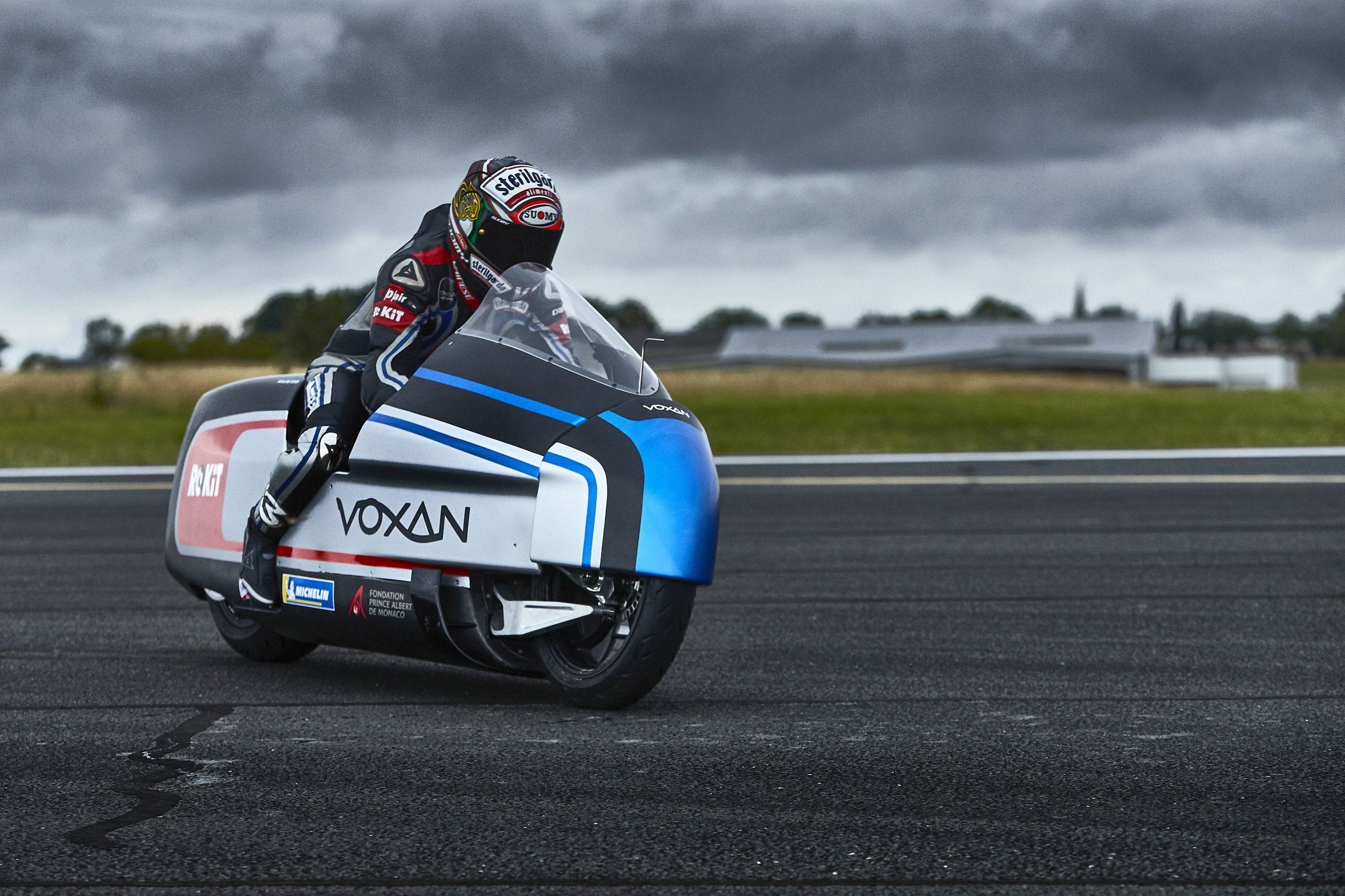 Voxan Motors, a part of Monaco’s acclaimed Venturi Group, has finally unveiled its high-performance electric motorcycle that it will use for its latest world speed record.
In July 2021, the Voxan Wattman will attempt to set a new world speed record on the Salar de Uyuni salt flat in Bolivia. Riding this exceptional machine will be six-time motorcycle racing world champion Max Biaggi.
Venturi had originally planned to make the world-record attempt this July, however the lockdown in Monaco prevented the team from fine-tuning the vehicle. The Wattman’s design heavily under wraps, making today’s announcement even more exciting.
Voxan Motors partnered with global telecommunications innovators ROKiT Group for the project. No strangers to speed and the power of electric mobility, the ROKiT Group are also title partners of Venturi’s Formula E Team, ROKiT Venturi Racing.
“When Venturi President Gildo Pastor showed us the Voxan Wattman and talked me through the world speed record attempt, we were very impressed by his vision, ambition and the commitment of his team in creating the technology involved,” said ROKiT Group Founder, Jonathan Kendrick. “To have our ROKiT red livery on such a unique piece of electric engineering reflects our ethos as a group of companies and is a real honour. Gildo is a true pioneer and we are delighted to partner with him and Voxan Motors on what we hope will be a highly successful and ground-breaking record attempt.”

The Wattman is an entirely new concept for Voxan Motors and, uniquely, is not based on any existing vehicle. When teams began working on the project in 2018, they started with a blank page. From there, everything quickly snowballed. “We were keen to move fast,” explained Louis- Marie Blondel, who oversaw the project’s development and personally test-rode the motorcycle. “We focused on two main points: drag (aerodynamics) and stability at high-speed. We were aiming to have the smallest possible projected area, but with a long wheelbase and a large rake, so the rider would be positioned as low as possible.”
They then set a target speed of a minimum of 330 kilometres per hour and tested the aerodynamics of the motorcycle in a wind tunnel.
“We were able to do aerodynamic calculations up to more than 240 km/h, which provided us with a wealth of information,” said Franck Baldet, the project’s technical director. “On a very low-grip track, the slightest deviation can have very significant implications for stability. That’s why the design and aerodynamic profile of the motorcycle are so important.”
The motorcycle’s unique design allows the rider to sit further back, lowering the machine’s centre of gravity. It does not have a front break but rather a rear-wheel brake and an engine-breaking system, which improves aerodynamics and safety. Nor does it have a parachute, like other high-speed vehicles used for record breaking.
Other innovations include a dry ice cooling system and a customized battery designed completely in house by Venturi North America, the Group’s subsidiary based in Columbus, Ohio. 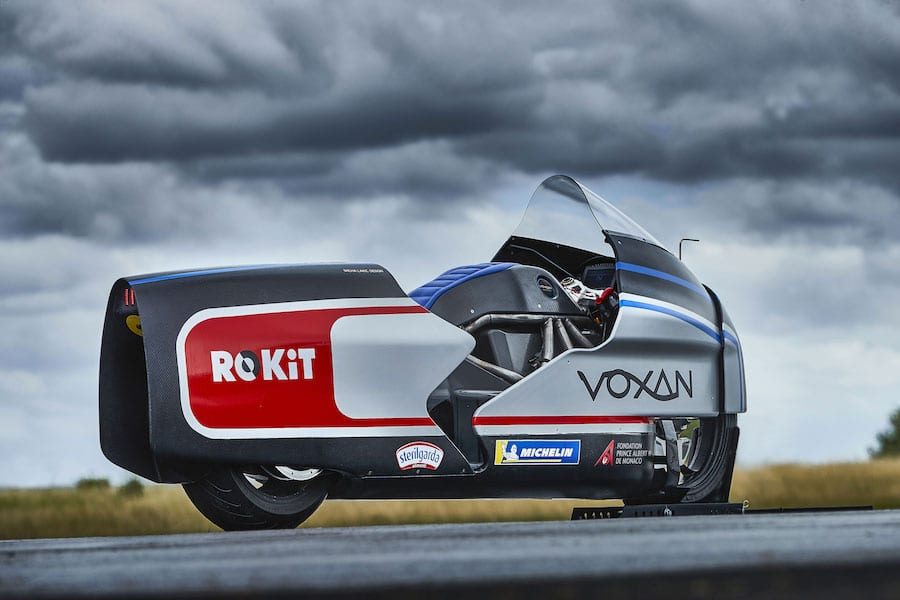 In 2014, four years after buying Voxan, Venturi also became the first team to commit to the new all-electric Formula E Championship. In addition to manufacturing its own electric engines, Venturi also supplied a powertrain to the HWA RaceLab team. It was from this electric engine that Voxan Motors’ engineers worked to develop the Voxan Wattman.
“We have poured all of the Venturi Group’s accumulated experience into this motorcycle world speed record project,” explained Franck Baldet. “It has proved valuable, particularly for the process of optimising the Wattman’s electronics, which we have had to develop completely, whether in terms of energy management or power management. Like Venturi vehicles, and also our first Formula E powertrains, the Voxan Wattman is entirely Made in Monaco.”