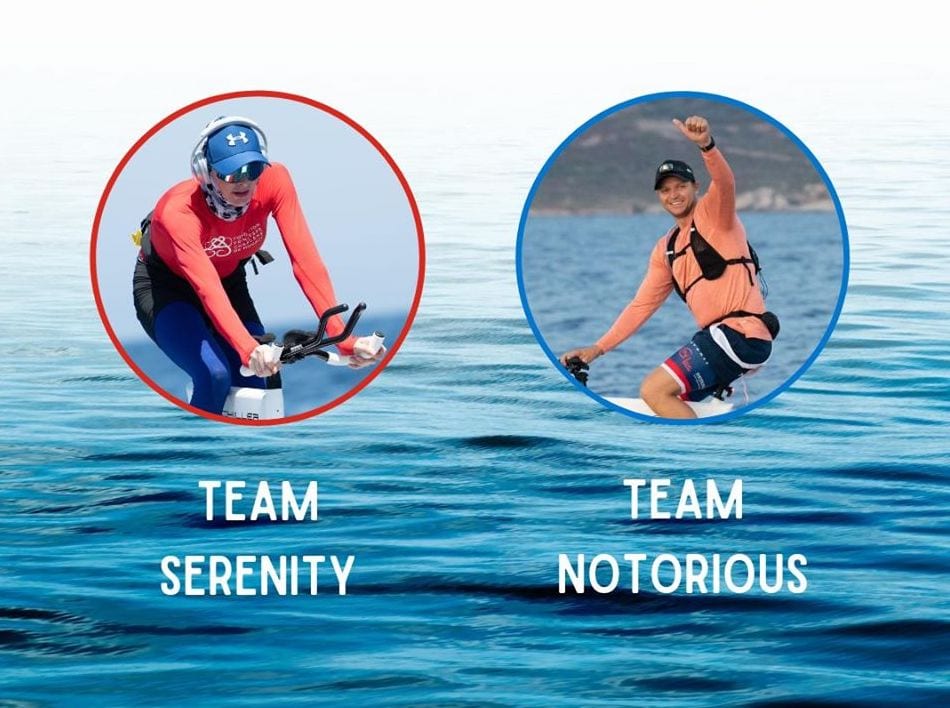 Princess Charlene and Gareth Wittstock will go head to head for The Crossing: Calvi – Monaco Water Bike Challenge, as sister is pitted against brother in the extraordinary awareness-raising event.
On 12th and 13th September, two teams of four athletes will go up against each other, relaying over a distance of 180 kilometres between Calvi and Monaco.
It has now been revealed that Princess Charlene will lead team Serenity while her brother Gareth Wittstock, General Secretary of the Princess Charlene of Monaco Foundation, will lead team Notorious.
Yannick Angel, French swimmer and Ambassador of the Princess Charlene of Monaco Foundation, will join team Serenity with the Princess. With two gold medals at the London Olympic Games in 2012 and three world champion titles to his name, Yannick is a specialist in the sprint and middle-distance freestyle events.
The remaining team members’ identities are likely to be revealed over the coming days, although we do know from his Instagram posts that World Champion Fighter Conor McGregor will be competing. Whether he will side with team Serenity or team Notorious is yet to be revealed.
The aim of the challenge is to raise awareness about drowning prevention. “It will also be an opportunity for the athletes to nurture their team spirit and to honour the values of sport cherished by H.S.H. Princess Charlene,” said her Foundation.