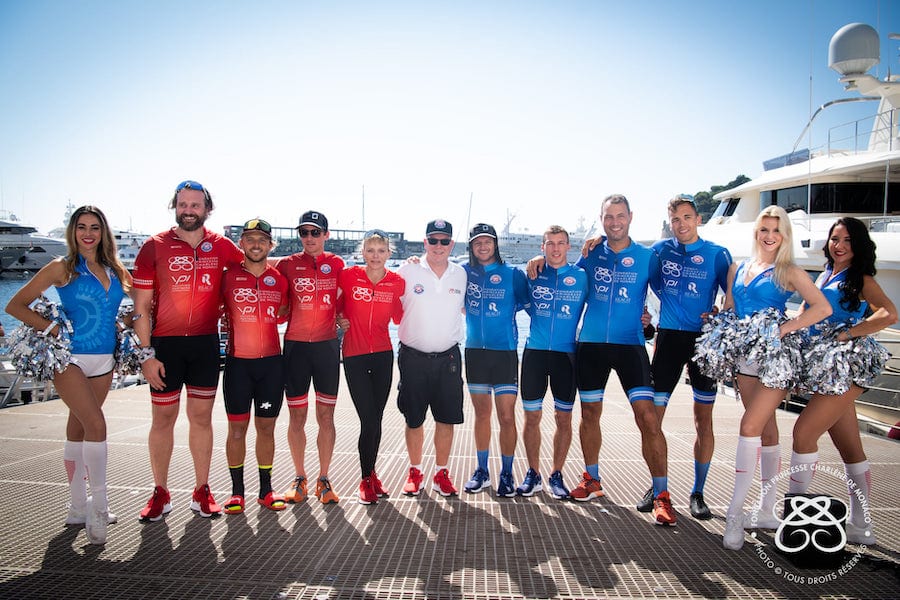 Princess Charlene’s epic fundraising adventure, The Crossing: Calvi – Monaco Water Bike Challenge, has raised more than €600,000 for her charity.
It was a fundraising event like none other: a princess, her brother, two teams of celebrity athletes, and a 180-kilometre sea crossing from Corsica to Monaco.
The Water Bike Challenge not only drew headlines across the globe, it also drew in the cash, with generous donors putting forward a total of €603,912 for the Princess Charlene of Monaco Foundation.
“The Princess Charlene of Monaco Foundation wishes to thank all the donors and sponsors who participated in the race ‘The Crossing: Calvi – Monaco Water Bike Challenge’. They turned this unforgettable sporting feat into a human and charity success,” said the foundation.
With the funds that were raised, the Foundation will strengthen its partnerships and increase the number of projects to fight against drowning, raise awareness of water safety and promote the values of sport.
YPI Yachts, Reach Food Service, Richard Mille, G&M Design, Activ5, Adamas Sports, Monaco Asset Management, Balkin Estates, Metabolic Balance and Appleton Capital were all major sponsors of the event.
The Foundation also thanked its partners of the race for their contribution: The City of Calvi, the Prince Albert II of Monaco Foundation, the Yacht Club de Monaco, Brooks Brothers, Eaux de Zilia, Nike Monte-Carlo, Scicon Sports, Maison Lino, Fendi, Thermes Marins Monte-Carlo, MyMuscle, Wine Palace Monte-Carlo, Air Corsica, N-Wines, and Monaco Textiles Pro.
Princess Charlene led team Serenity to victory on 13th September, coming in 14 minutes ahead of team Notorious, led by her brother and General Secretary of her Foundation, Gareth Wittstock.