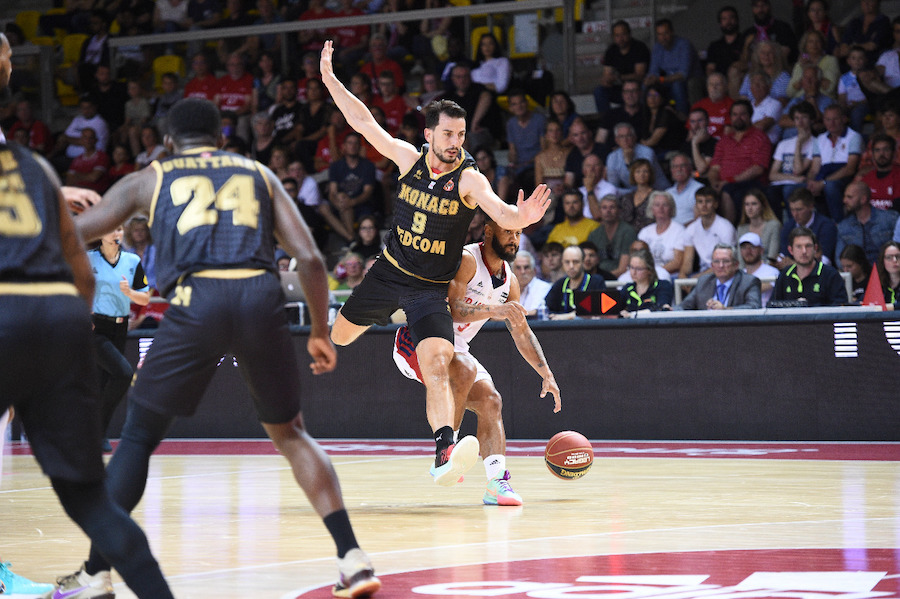 AS Monaco Basketball captain Léo Westermann has left after just a year at the club, as the Principality continue to mould their side ahead of the season. Elie Okobo, Jordan Loyd and John Brown III have already joined, and their roster has been further bolstered in the past days.

The Roca Team return to the court on 24th September with a trip to Nanterre. When they do so, the side will be scarcely recognisable to last season’s Betclic Elite runners up.

Léo Westermann – Monaco’s captain has left the club to join Spanish side Obradoiro on a one-year deal. The French international returns to Spain after just one-year with the Principality club. Despite captaining the side, Westermann found his game time limited, especially towards the end of the season, as he competed with Mike James and Paris Lee for a place in the side. Obradoiro finished 15th in their domestic division last season.

Yoan Makoundou – The promising 21-year-old Frenchman has signed for Les Monégasques on a four-year deal from Betclic Elite rivals Cholet. In a press release, Makoundou said, “I think that it was a big step for me to take in order to show that I was ready to perform well in this kind of team with very high expectations. It’s a good way to progress for me.”

He also opened up on his disappointment on not being picked in the NBA draft in June. “I was a bit disappointed,” he began. “But I haven’t had the time to mope around, because straight after that there was the call-up to the French national team. Everything has moved very quickly and I know I’m still young.”

Milenko Bogicevic – The club has also welcomed Sasa Obradovic’s right-hand man Bogicevic back to the club. The assistant coach has joined for the upcoming season. Obradovic and Bogicevic have been almost inseparable over the course of the last 12 years. The two began their adventure together at Donetsk in 2010, where they won the title. Like Obradoivc, Bogicevic was also at the club during the 2019/20 campaign during which Monaco agonisingly narrowly missed out on the French title.

Speaking in a press release, Bogicevic said, “For me there was no doubt over rejoining Monaco, because from the first moments, I felt like it was really a family. When I found out that there was the option of joining, I was very happy and excited. These last two years, I have remained in contact with the management. This proposition was like a present falling from the sky for me.”

He continued, “Sasa is more than a coach with his assistant. He will always do everything to succeed and I will give my all to follow his ambition. I think everything will go well in guiding the club towards its high objectives.” In order to chase those objectives, Monaco have assembled a new-look side, which now looks close to completion, just in time for the new season, which begins next month.