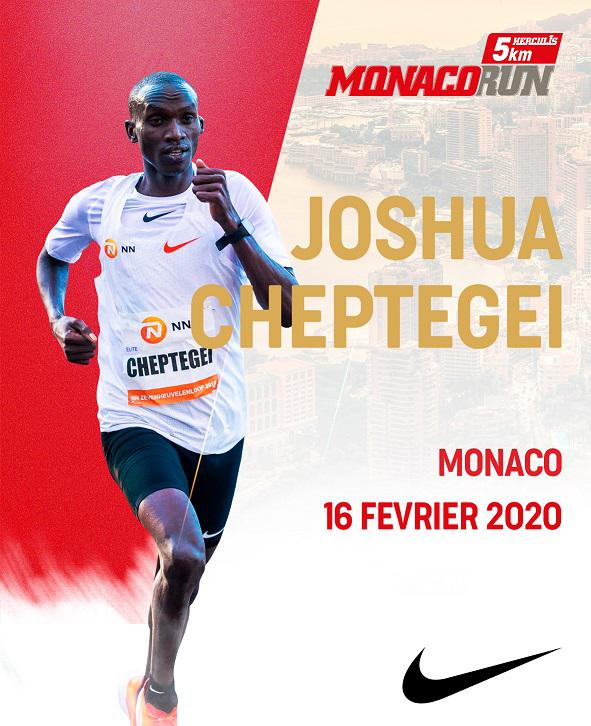 The 10,000 metre World Champion Joshua Cheptegei has confirmed he will be racing in this year’s 5km Herculis race next month.

The Ugandan runner will be joined by two other world-class racers, Frenchman Jimmy Gressier, who holds the European second place record for the 10km, and Liv Westphal, who is the current women’s French record holder for the 10km and 5,000m indoor races.

These athletes are looking to break the records established just last year by Sifan Hassan and Julien Wanders.

The two-day event covers four races. On 15th February, the 1000m series races will be held between the Route de la Piscine and the Quai Albert 1er. Entry is open to runners aged 8 and up of all levels and the races start at 12:30pm.

On Sunday the 16th, in addition to the 5 km Herculis run, which starts at 10:15am, a 10km ‘City Trail’ run will be held, giving runners a chance to explore the streets and trails of Monaco, including a challenging climb up to the top of the Rock. The race begins at 8:30am sharp.

Last but not least, the Pink Ribbon Charity Walk for breast cancer awareness, now in its ninth year, will also be held. Participants are asked to dress in pink and be ready to go at 10am from the Running Expo.

Runners are asked to pick up their racing bibs from the Running’s Expo from 10am to 5pm on Saturday the 15th.  All races start at Port Hercule. Registration is possible on site Saturday, as well as online at www.fma.mc