Yannick Alléno had just opened his new restaurant in Monaco, the Pavyllon at the Hermitage Hotel, when he got word that his son had been involved in a violent accident in Paris on Sunday 8th May.

24-year-old Antoine Alléno, a talented young chef who was following in the footsteps of his father, died after the scooter he was driving was hit by a stolen vehicle at traffic lights. The driver was reportedly a repeat offender known by police and wanted on drink driving charges. After fleeing the scene on foot and being apprehended by an off-duty police officer, the alleged offender was charged with aggravated manslaughter.

On Saturday 14th May, the day after the funeral of his son, Yannick Alléno announced on his Instagram account that he would be creating an association in Antoine’s name.

“I just understood this morning only the loss that will haunt me all my life so its energy lodged deep in my body will be used, through the association ‘Antoine Alleno’ to support the victims of repeat offenders. #antoinealléno #monange #mylove”

Yannick Alléno thanked the “thousands of strong and loving arms” that were at the funeral in Poissy, including French politician Rachida Dati and First Lady Brigitte Macron. 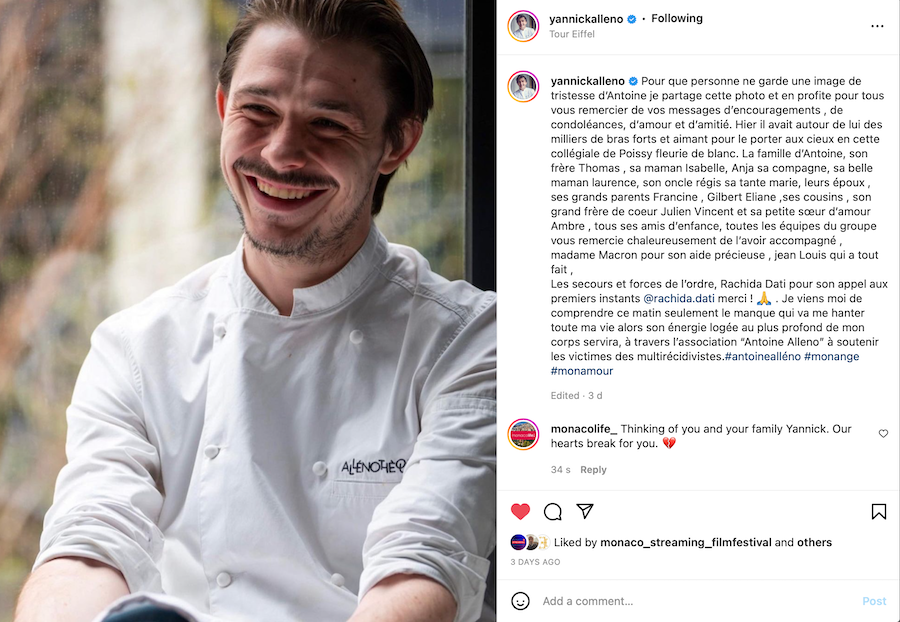