After two weeks screening residents for Covid-19 antibodies, Tuesday was an opportunity for Monaco’s youngest – those aged five and under – to take advantage of the government’s mass testing campaign.
Parents were invited to bring their children to the Grimaldi Forum on Tuesday afternoon for the free serological test – a painless prick of the finger that produces results in a matter of minutes. 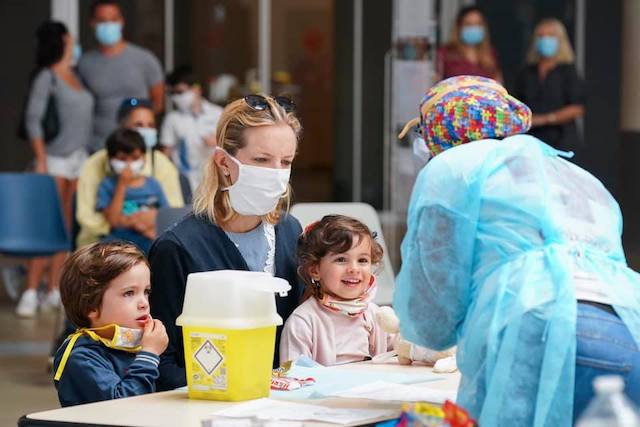 The youngest members of Monaco’s population were not included in the first round of testing, but rather given a specific day for tests that were conducted under the supervision of a pediatrician.
This week marks phase two of the government’s screening campaign, which focuses on the 50,000 employees who work in the Principality. Residents who have not yet been tested are still invited to take advantage of the test at the Grimaldi Forum.
It was revealed on Monday that 43% of residents in Monaco had been tested for Covid-19 antibodies during the first two weeks of the campaign, and of those only 2.7% returned positive results.
Screening of residents and employees will continue at the Grimaldi Forum until 16th June.