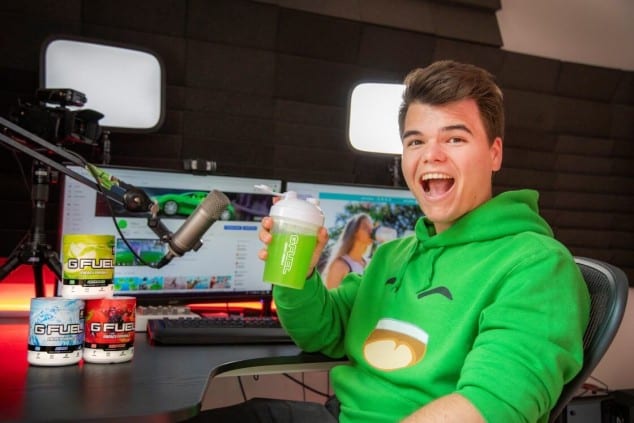 Monaco Esports has added two new faces to their organisation, naming YouTube gaming star Jelle “Jelly” Van Vucht as International Ambassador and Daan Stots as Global Partnership Director.
Monaco resident and YouTube superstar Jelle “Jelly” Van Vucht was named Monaco Esports’ International Ambassador “for the development of its activities and reputation” on 28th March.
The 24-year-old Dutchman known professionally as Jelly became famous for uploading gaming videos on his YouTube channel, JellyYT, which are known for being family-friendly and comical. He also promotes content creators trying to establish themselves in the world of gaming with the help of a second channel called GTA5Videos. Additionally, he owns a successful clothing line.
Jelly has more than 21 million followers on his YouTube channels. He is also a member of a small group named ‘Robust’ who play games like Scrap Mechanic, Gmod and GTA and who upload videos on various gaming issues on their respective YouTube channels.
Meanwhile, Monaco resident Daan Stots is to take on the role of Global Partnership Director.
Stots, also Dutch, is the self-proclaimed “Director of Awesomeness” at Stotsy, a company that organises experiences to the Formula 1, Historic GP and Formula E in Monaco.He is also the Chief Growth Officer at The Sixty-Nine, a private members club for entrepreneurs.
Monaco Esports was founded in 2014 and is linked to the Monegasque Esports Federation. The Federation’s aim is to promote and develop esports in Monaco and Europe by offering up competitive teams and organising Esport events. Louis Ducruet, son of Princess Stephanie and sport enthusiast, was named as the Federation’s President in 2019.
Of the new appointments, he said, “It is an honour for the Federation and myself to be able to count on people like Jelly and Daan. Their support and help will be of great use in our future projects.”
Equally, Boris Fedoroff, President of Monaco Esports and co-founder of Monaco Esports Federation, has encouraging words to say of the new additions. “The Principality of Monaco is a land of welcome for many young talents throughout the world. The fact that the world’s biggest gaming YouTuber has become our International Ambassador confirms this. The Monegasque Esports Federation and the Monaco Esports Club have been working for several years to make the Principality of Monaco shine at an international level. We are delighted to welcome a partnership expert like Daan, whose role is to identify strategic partners. I’m sure we’ll be hearing a lot about this Dutch duo.”