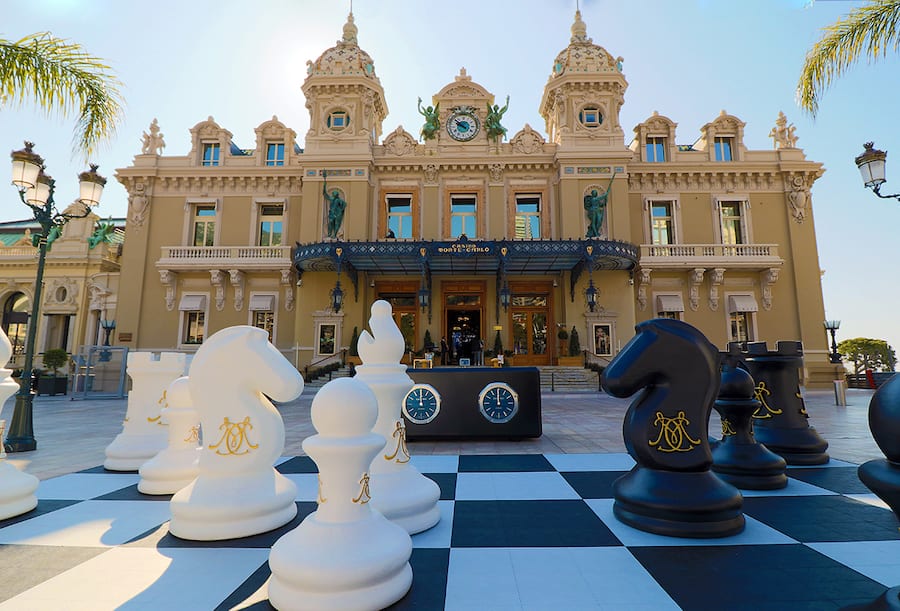 It’s hard to miss, the giant black and white chess board that has been installed in the heart of Monaco at Casino Square. So, who put it there, and why?

Chess has enjoyed something of a resurgence lately, largely thanks to the roaring success of Netflix’s original series ‘The Queen’s Gambit’.

Safe to say, the knock-on effect has been truly global, with Google search queries for chess more than doubling, and those on the hunt for ‘how to play chess’ hitting a nine-year peak.

Monaco has its own relationship with the game through the Blitz manga series created by local company Shibuya Productions. In fact, the grand final in the latest book released in February actually takes place at the Monte-Carlo Casino. 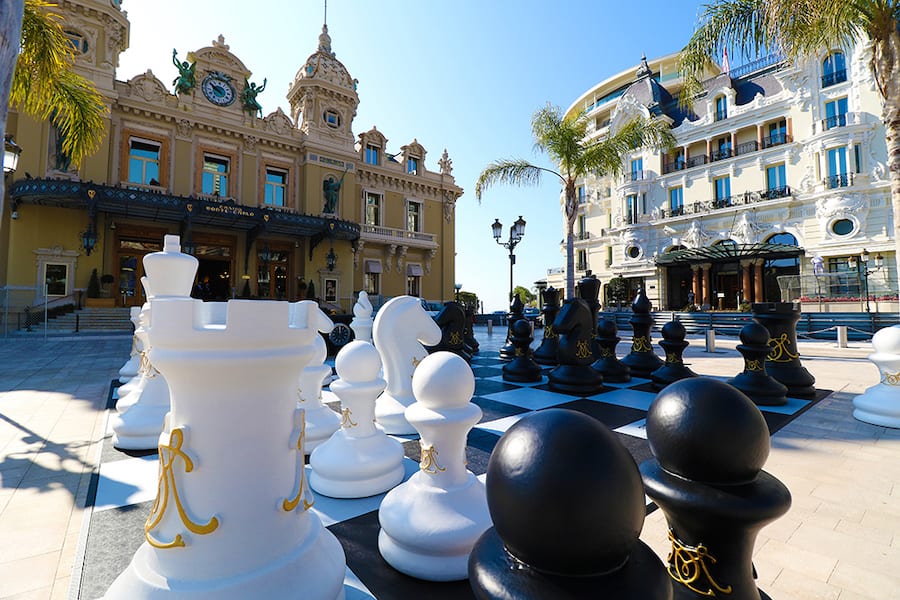 It all creates the perfect amount of buzz around the first ever installation in the new Casino Square, which was designed to accommodate more events, a larger number of spectators, and giant installations such as this.

Titled ‘The Queen of Art’, the elegant black and white checkerboard is positioned right in front of the Monte-Carlo Casino, featuring custom made pawns brandishing the golden insignia of the Principality of Monaco.

The public are invited to look at the position of the pawns in relation to each other, as well as the clock provided by Swiss watchmaker Audemars Piguet, which is sponsoring the installation. Its giant size inevitably evokes the inner child in all.

And while giant art installations are nothing new in Monaco, the chess board actually forms part of a new spring campaign by the Société des Bains de Mer (SBM) called the ‘Colours of Monte-Carlo’, designed to reignite interest and passion in the face of the health crisis. The story continues in the Casino itself, where a colourful lady poses in the atrium, above her a neon sign reads: ‘Life is a Game, Play it’.

The installation will remain in Casino Square until 14th June.

Previous articleFine dining in space
Next articleWho is doing it best?
Cassandra Tanti