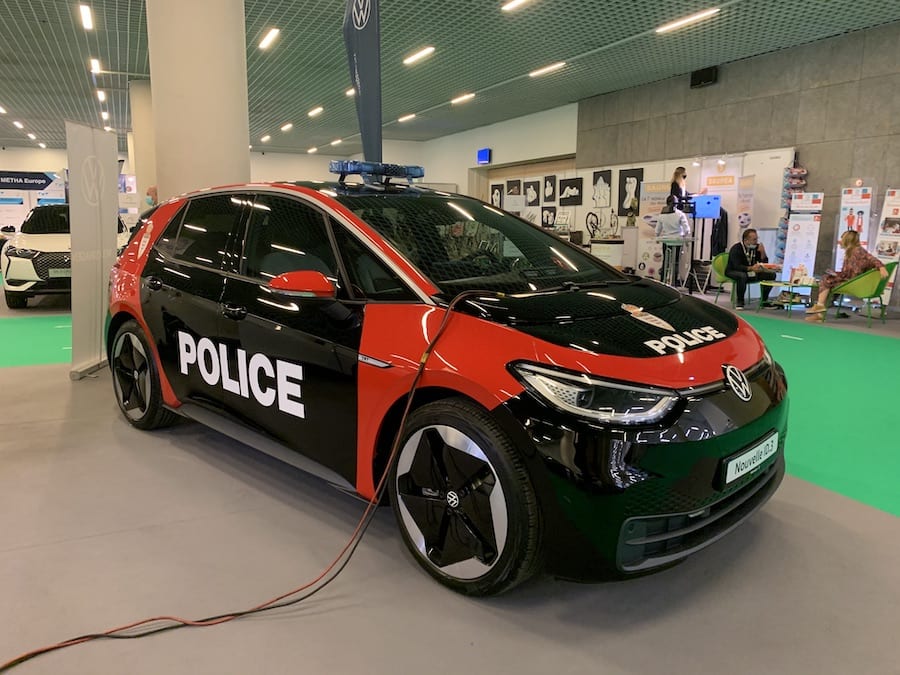 
Prince Albert once again showed his support for the ecological event, making two official visits before attending the annual lunch at the Club des Voitures Ecologiques, which brings together political figures and industrialists from Paris to try to advance the issue of clean mobility and all that surrounds it.
Minister of State Pierre Dartout also visited the event, while pressing issues were addressed at round tables organised alongside Ever Monaco by respected speakers.
“Whether two or four wheels, or even water-based thanks to the partnership we have with the Monaco Yacht Club, the transport industry is increasingly turning its attention to carbon-free mobility based on electric propulsion,” said Ever President Bernard Fautrier. “The history of our event, which is celebrating its 15th edition this year, shows the extent to which Ever Monaco has played a pioneering role, providing visitors the opportunity to come and share Monaco’s commitment in this field since 2006.”
Mr Fautrier thanked the exhibitors who trusted organisers despite the difficult context. “The success of this anniversary edition proves that high-level events can be held in strict compliance with health rules,” he added.
Highlights
Voxan Motors, a part of Monaco’s acclaimed Venturi Group, showcased its high-performance electric motorcycle, the Voxan Wattman, that it will use for its latest world speed record in 2021.

The futuristic-looking vehicle, which will be driven by six-time world champion Max Biaggi, was a huge hit with visitors.
As was the 1954 Sunbeam Alpine Mark III, transformed into a hybrid vehicle by ASEM (Association Smart Electric Monaco) and unveiled by Prince Albert. It is the same model that his mother Grace Kelly drove in the 1955 Alfred Hitchcock film ‘To Catch a Thief’. A screening of the film followed the unveiling.
Curious visitors and industry professionals took the opportunity to test the latest electric innovations, including the Honda e and Honda Jazz Hybrid, and the new Mini SE Electric.
Amongst the big names in mobility was start-up Two Roule, which promotes the responsible use of e scooters. Considering half a million people now ride electric scooters on French roads, it seems absurd that proper training and safety courses are not standard practice.
Rounding out Ever Monaco 2020 was an electric backhoe for public works and artworks by Carl Jaunay created from recycled materials and objects.
Watch the highlight of this year’s EVER Monaco event…
https://www.instagram.com/p/CE_vdljotE-/?igshid=YmMyMTA2M2Y=
Ever Monaco gallery by Monaco Life – click on the pictures below to enlarge…