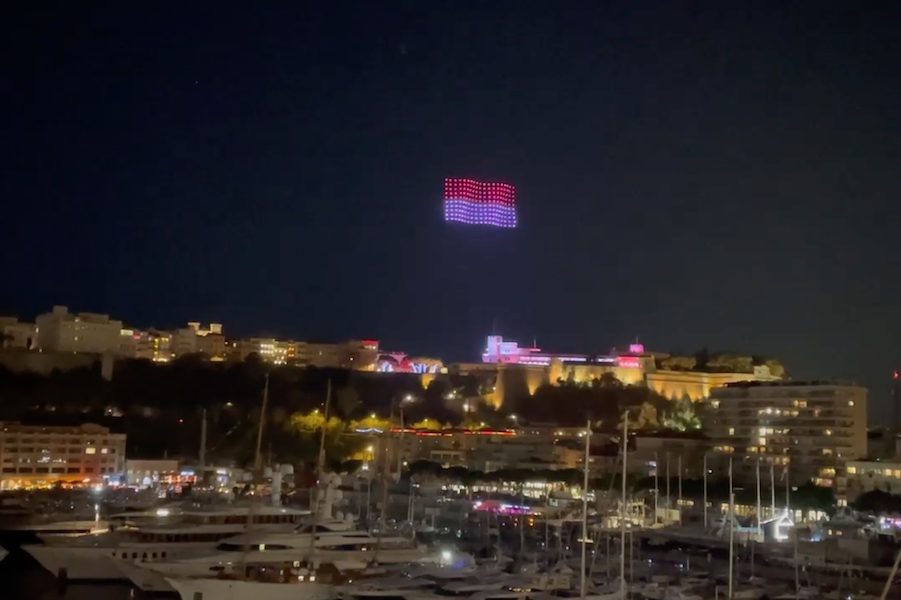 Drones will light up the night sky on Friday as festivities kick off for Monaco’s National Day on Saturday 19th November.

Last year’s drone show was such a hit that the Monaco Mairie have decided to bring it back again this year. At 8pm on Friday evening, 200 drones will take to the skies above the Prince’s Palace for a 12 minute show, dedicated entirely to Prince Albert I and marking the centenary of his death.

Music teacher and musician Bruno Abel has created the music specifically for the drone show, which has been choreographed by local company MC-Clic. It will trace Prince Albert I’s explorations to Antarctica but also reflect on a visionary man of science and peace.

A public sound system will be set up at the fair on Port Hercule so the public can enjoy the show.

Municipal teams have been hard at work since 2nd November installing Monegasque flags and banners throughout the Principality for 19th November celebrations.

Close to 1,500 flags and banners have been set up across the Principality. All of the decorations will remain in place until 5th December 2022.

This year is set to mark the first “normal” National Day in Monaco for a number of years, with the Covid pandemic and Princess Charlene’s illness reducing festivities since 2020.