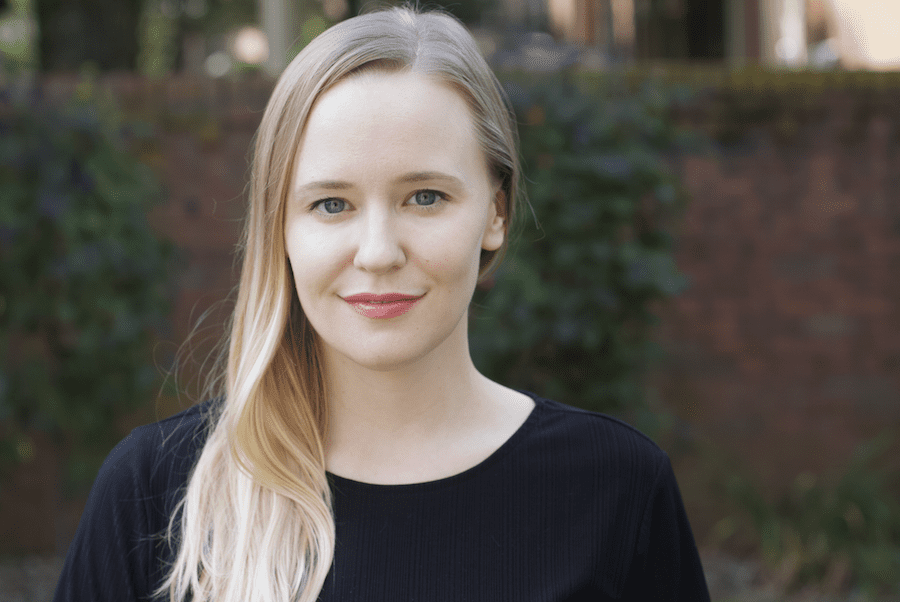 Monaco Life, in partnership with the Princess Grace Foundation-USA, is proud to present a monthly series highlighting the lives and artistic work of the Princess Grace Foundation-USA’s illustrious award winners. In this month’s exclusive interview, Princess Grace Foundation’s CEO Brisa Carleton catches up with Kelly O’Sullivan, a Chicago-based actress who wrote and starred in the critically acclaimed film Saint Frances.
Brisa and Kelly discuss how she discovered her passion for theatre, turning that passion into a career, and Kelly’s dream conversation with Princess Grace of Monaco.
Kelly O’Sullivan graduated from the prestigious Northwestern University, whose fellow alumni include Warren Beatty, Stephen Colbert, Julia Louis-Dreyfus, and steadily made a name for herself in the Chicago theatre scene, working with acclaimed theatre companies like Steppenwolf Theatre and the Goodman Theatre.
She wrote and starred in the critically acclaimed film Saint Frances, receiving the South by Southwest (SXSW) Audience and Special Jury Award. For her performance, Kelly was additionally nominated for a Gotham Award. While the film’s February 2020 release date was disrupted by the pandemic, it was released on streaming platforms and has become one of the most beloved sleeper hits of the past year.
Brisa Carleton: Can you tell us about how you discovered your love of performing?
Kelly O’Sullivan: When I was in kindergarten, my teacher recommended that my mom take me to audition for this local children’s theatre. I think she saw that I was naturally expressive and that I loved to play pretend. The first play I ever did was Little Women at the Children’s Theatre in Arkansas. I played one of the kids who dies of scarlet fever. I loved the drama of it, and I also just loved the team aspect. I wasn’t a sports kid, but I think theatre and the fine arts are like a sport for people who aren’t athletic – you still get that sense of working for something greater than yourself and all trying to accomplish the same goal. It was really transformative for me because I grew up going to a Catholic school, but the theatre exposed me to friends who were gay and out in North Little Rock, Arkansas. That was very impactful; I was raised with this sense of open mindedness and collaboration that I wouldn’t have gotten elsewhere.
Growing up as a theatre kid, what was it that made you decide you wanted to pursue it professionally?
I just loved it so much. My parents were really hoping that it was going to be a hobby. I wanted to go to Northwestern, and I knew that a bunch of really successful actors came out of that program, but also that it wasn’t a conservatory so that I could come out with a full education. Once I got to Northwestern, seeing the number of theatre majors committed to being professional actors made me feel like it wasn’t such a crazy dream to have.
You won your Princess Grace Award in 2014. Where were you in your career at that point and what did winning that award mean to you?
It meant everything to me. It felt like a huge validation – and also a life raft and a ladder. It was so many things at once because I had been working steadily in theatre but was still struggling to not have to work additional jobs. I really wanted to start moving into directing, not just acting. The funds from the Princess Grace Award meant I didn’t have to have additional jobs that year and I could act as assistant director to the artistic director at American Theatre Company while still acting in several plays that year. It gave me a chance to fully be an artist and to take risks. Outside of that practicality, it gives you validation and a sense of worthiness. The Princess Grace Award made me say there are people who believe in me and I should keep going down this path. The year that I won, Oscar Isaac received the Princess Grace Statue Award. There was something about being in the same room as him and having someone to look at and aspire to, and think, OK, I’m in the right circle of people. It does feel like a huge ladder – it helps you keep taking the next step up, and the next step up, and see where you want to head.


Along those lines, Grace Kelly, when she was coming up the ladder in Hollywood, famously auditioned hundreds of times – as everyone does – before she got her first acting role. How do you deal with that? How do you have the stamina to deal with what it takes to be a working actor? I consider it to be one of the hardest jobs in entertainment.
For me, it’s those little moments of validation when somebody turns to you and says, “You’re worth it, keep going”.  That can be in the form of getting a job or it can even be in the form of a casting director saying “You’re not going to get this part, but you did wonderful work”. It also gets easier when you’re on the other side of the table; when I started being a reader for auditions and directing, I saw that just because somebody doesn’t get the part doesn’t mean they’re not incredible, and you will remember them for the next time and right opportunity for them.
Your film Saint Francis has been getting all the awards and rave reviews yet this is actually your first big writing and starring project. What brought you to want to take on both of those roles?
I was feeling a bit frustrated with the jobs that I was being presented with and the roles that I was auditioning for. The roles that I was auditioning for in theatre, I had sort of hit this weird in-between where I wasn’t an ingenue and I wasn’t exactly the mom. I wanted to write something for myself that felt like a role that I could inhabit fully, that I could have agency and control over, because I think one of the hardest things about being an actor is you don’t have a lot of agency unless you’re a famous movie star. There’s very little choosing involved. This was my first feature, but also create a role for myself that I knew that I would love to play – I didn’t know that we would get to make it or that it would be well-received, but I wanted to have more agency in my creative life.
What was it like when it launched at the SXSW Film Festival and then immediately took off? I imagined right before that it must have been pretty scary to have this piece that is so much of you launching into the world.
It was incredibly scary. I remember the first mini review we got was positive and it felt like I exhaled for the first time in six months. Then getting to premiere at SXSW and having the support of the Executive Director of the festival felt like a huge validation as well, because it’s a legit festival. It’s made for films like St. Francis, which are scrappy but full of heart. And when it started to be embraced in larger and larger ways, it felt shocking because it felt just like this little thing that we made in Chicago, away from the Hollywood machine, away from New York – we made it in the North suburbs of Chicago. It felt like the biggest gift in the world, that people were paying attention and taking it seriously and not dismissing it.

So where does this all take you next?
Well, luckily, it got US agents – we signed with William Morris Endeavor – and now we’re able to meet with people. I’ve written another feature that has just signed on with a producer who has done some of my favourite indies and so, again, it was the next step on the ladder where you slowly build your career from tiny step to tiny step and it feels like this was a really important one because it got us noticed by people whose job it is to make the kind of movies that we love. We have access to rooms that we never had access to before.
If you could sit down with Grace Kelly as a fellow female artist, what would you want to ask her or talk to her about?
I recently watched Rear Window. She is so incredible in a film that is such a traditionally Hitchcock film. He is, of course, known as being this huge personality, but she not only holds her own, she also brings such a layered performance to that film and all of her performances are so layered. She was obviously beautiful, and she has such a grace to her, but there was something about watching her climb that fire escape in heels and a dress and be like she’s so much more than just beauty. I’d love to talk to her about what it was like to make movies like that, and be in Hollywood as a young, gorgeous woman. How did she keep going in moments of uncertainty or even what those moments were like for her. She’s such an icon but getting to know the human behind that and the vulnerabilities, I would just love to hear.
Any final words for the Monaco community and on Princess Grace?
I think that Princess Grace is somebody who I keep re-examining again and again and keep finding nuance in her performances. I’m so interested in her generosity and her family’s generosity. Giving young artists validation, both in practical ways and a spiritual way, really affects the course of the rest of our careers because we’re always looking for that next lifeboat. Sometimes it feels like we’re sort of drowning in a moment in our careers, and it makes all the difference in the world. It’s been incredibly impactful to me and I’m so grateful for it.