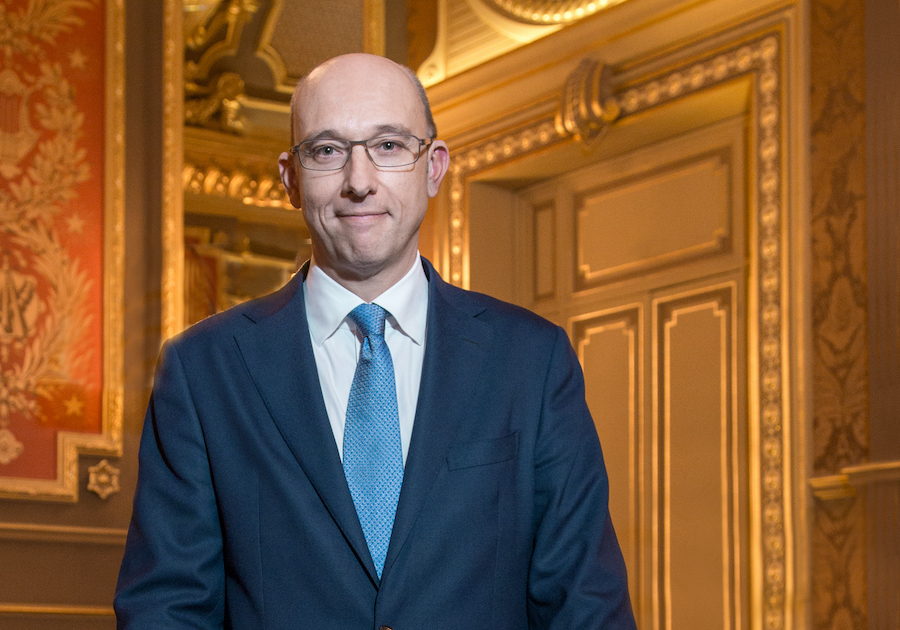 Pascal Camia is the Director of Gaming at the Casino de Monte-Carlo, one of the most famous landmarks in the world. Having built a solid career in the hotel industry, it came as a surprise to this Monegasque native that he was chosen to lead the gaming division, the very foundation of the Monte-Carlo Société des Bains de Mer.

But, as Mr. Camia explained to Monaco Life, it turned out to be the perfect play.

Monaco Life: Can you give us a brief history of your education and career so far?

Pascal Camia: I am a Monegasque native and studied in the Principality before completing a Masters in Economics in Nice. I always wanted to work in the hotel industry, so I went to Switzerland to the International Institute of Glion, which is one of the most respected in Europe for the hotel trade. They then sent me to Rome for one year, then I had the opportunity to do food and beverage management training in London, and my first real job was in Paris for two years where I met my wife.

I then came back to Monaco and started working as Food and Beverage Manager at the Hôtel de Paris, and I continued my career with Monte-Carlo Société des Bains de Mer (SBM) where I have remained ever since, always in the hotel sector.

In 2015, when SBM Chairman and CEO Jean-Luc Biamonti asked me to take the position as Director of Gaming, I was surprised at first. But after consideration, I realised that the skills I had gained from my experience in the hotel industry – mainly management and marketing – could help boost gaming operations. 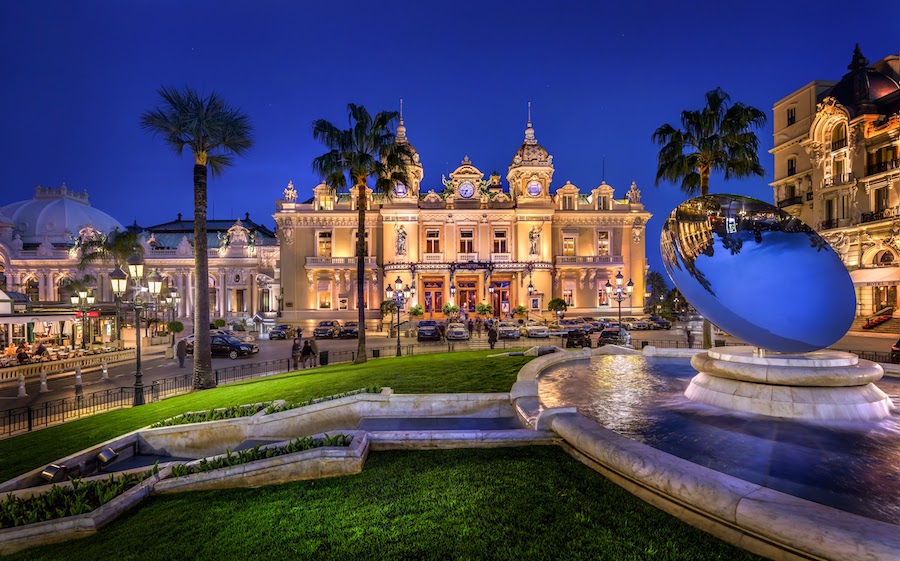 I figured that, while everything done before me was great, perhaps we needed to take the right moves, just as the hotel side of SBM did at the beginning of the 21st century. I thought, 15 years later, maybe it was the casino’s time.

So, we started working with the teams, involving everyone from the table games through to the hospitality services and marketing.

After about a year, I thought the best direction for us to go in was ‘The Great Art of Gaming’ for the Casino de Monte-Carlo and, a little while later, ‘Le casino qui vous aime’ (The casino that loves you) for the Casino Café de Paris Monaco.

The idea came from the fact that our local guests, from Cannes to San Remo, sometimes think that Monaco is not accessible or doesn’t need them, and so they play local. My task is to prove that we do need them and they are very welcome in Monaco; that they can have all the glitter of Monte Carlo and enjoy the great experience of gaming at the Café de Paris, the Casino de Monte-Carlo, or our other casinos.

Can you tell us more about the ‘The Art of Gaming’ philosophy?

The philosophy is very simple. We can not compare ourselves to other major casino destinations like Macau, Singapore and Las Vegas. We are small in comparison and we are an integrated resort. Within two-square kilometres we have four major hotels, two of which are palaces, and four casinos, all located in a city which is also a state. It is unique, and as such we have to emphasise this niche of gaming to target the top high rollers and offer a tailormade experience. So, the ‘Art of Gaming’ refers to the fact you can play higher in Monaco than other casinos, or in the few casinos in the world where you can play as high as Monaco allows, you don’t have the same high-end services in addition to the table games: the food and beverage, private services, private transport, executive suites in palace hotels, massages in our Thermes Marin de Monte-Carlo. The ‘Art of Gaming’ in Monaco is its exclusivity.

This was part of a five-year plan that Mr. Biamonti and yourself had for the Casino de Monte-Carlo. How successful has it been so far?

Part of Mr. Biamonti’s road map for the casinos included attracting a lot more people, particularly in the low season. We can see success in the fact that our turnover has increased, and we are close to achieving profitability, which we expect to do this financial year. This is a direct result of our aim to attract more high rollers to the Casino de Monte-Carlo tables and also increase the volume of local players at the Casino Café de Paris.

How many people work at the casinos in Monaco?

We have around 1,000 employees in all of our casinos. To maintain balance, we are constantly communicating with staff through middle management, to ensure everyone is on the same page when it comes to the vision we have for the casino. I think that is why the casino is growing fast, because its people realise that the world of casinos is changing and it is important to change with it, or we will be left behind.

Earlier this year, SBM revealed plans to expand the terrace of the Casino, which houses the slot machines. What do you hope to achieve from this?

Our vision is to double, or at least increase by 1.5, the size of the terrace by 2025. This won’t be easy as the casino was built in 1863 and our plans must fit in with the original design. But the terrace is a very unique selling point; people can face the Mediterranean Sea and play under the sun at least five months of the year, which is unique. 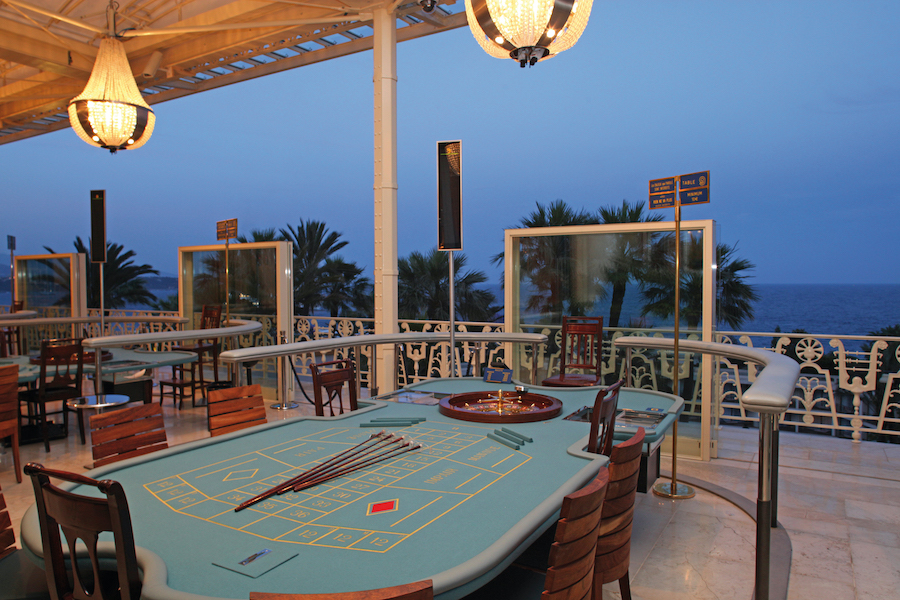 Can you tell us about your high roller clients?

Previously, in the early 21st century, it was mainly Italians. The European market is still important, but due to several crises we now target Eastern Europe, the Middle East and, to some degree, the Asian market. In summer, Nice Airport opened its direct line to Beijing, China which will make it easier to attract Chinese clients.

Two years ago, we implemented a rolling programme, primarily for baccarat table players, which rewards them for turning over the money that they bring. For example, if someone comes with 100,000€ and they roll it three times then they will get a certain percentage of commission, which allows them to settle incidentals like accommodation and travel. This is very much appreciated by the Asian market.

What is your most popular game at the Casino de Monte-Carlo?

I would say it depends on the year, but this year French Roulette is still popular. Baccarat comes very close in terms of revenue, and I think that’s because the game is played in many parts of the world and its popularity keeps increasing. Black Jack is also still very strong.

An interesting fact is the majority of your staff are Monegasque, which shows how much the casino is part of Monaco’s story…

Absolutely, and sometimes we have three or four generations of dealers working in the casino. This is part of the social responsibility of SBM Monte-Carlo. 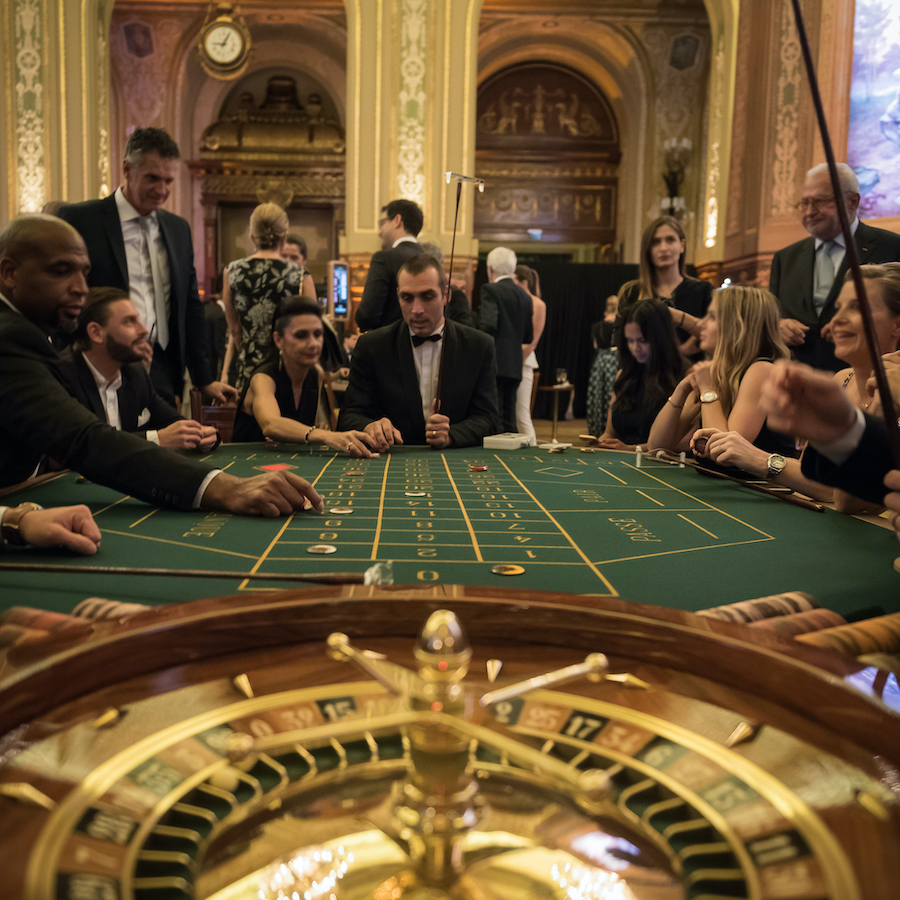 But Monegasques are not allowed to gamble?

No. When Prince Charles III decided to create the casino, and he gave François Blanc the rights to operate gaming in Monaco, he wanted to protect Monegasque citizens. Don’t forget, in the 19th century gaming was not yet a gentleman’s game. It was also forbidden in France at the time. That is why the name given to the company was Société des Bains de Mer et du Cercle des Etrangers (Company of Sea Bathing and of the Circles from Abroad). This company was dedicated to foreigners.

What does the casino mean to the Principality today?

If we look at Monaco as an atom, the casino is the core and everything revolves around it. I think Monaco without the Casino de Monte-Carlo would not be the same. It is a part of the DNA of the Principality, at least for the past two centuries. The casino is responsible for many things. It improved the culture of Monaco, particularly at the beginning of the 20th Century, because everything was funded by revenue from the casino – like the Grand Prix, the Monte Carlo Rally, and the Monte Carlo Tennis Masters. They are now stand-alone world-famous events, but that’s how they began. So, the casino was always important culturally, economically and socially. Nowadays, the gaming industry is mutating and we are still alive due to four pillars: the casino itself, the resort that is SBM, the know-how of our dealers, and the world-famous Monte Carlo brand.

Yes, it was a great honour for all of us. As I mentioned earlier, it is teamwork and all the teams were very proud to receive this award. It gave us a very good mirror from which to look at ourselves and think, “If we won this award then we are obviously doing things well”.

In the previous 15 to 20 years the casino had a good image, but in the last four years we returned the Casino de Monte-Carlo to the top three in the world. If you were to quiz people in the street on what were the world’s three major destinations for gaming, they will respond Las Vegas, Macau and Monte Carlo. Yet Monte Carlo represents only 0.3% of the global volume of gaming revenue. There is nothing like the Casino de Monte-Carlo brand.