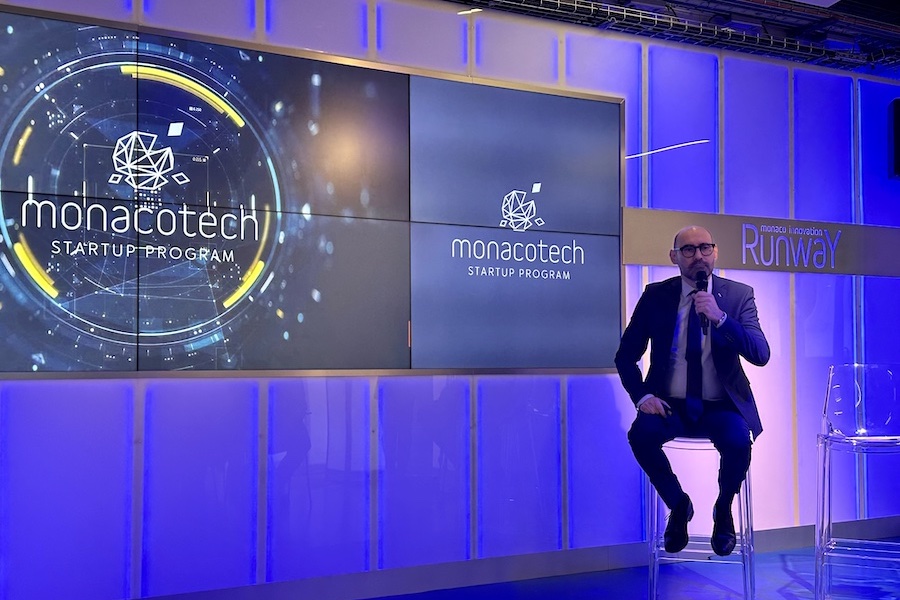 Lionel Galfré is clearly proud when he talks about how MonacoTech has fostered many successful start-ups in the past five years, and he is just as excited when talking about the incubator’s future goals.

It was during a recent open day and press conference that MonacoTech Director Lionel Galfré highlighted the successes of this incubator since its creation in 2018.

Within the past five years, more than 300 candidates have put themselves forward for the programme. Of those, 45 projects managed to make it through the rigorous selection process, and 20 start-ups were incubated. On average, they were able to raise between €250,000 and €2 million in funding, creating over 120 high-value jobs, half of which were created right here in the Principality.

“We can see the success of MonacoTech in these figures,” Lionel Galfré told Monaco Life after the presentation. “With the help of MonacoTech, 22 companies have been created in Monaco, and six were a Société Monegasque. The creation of companies and the creation of jobs are what’s important to us.”

Each year, in March and September, MonacoTech puts out a call for new start-ups to fill a maximum of six places. Sofia Fominova and Dmitry Aksenov were accepted in the most recent call-out with their start-up Net0, a modern carbon emissions management platform that helps businesses achieve net-zero carbon and thrive in a climate-first economy.

The pair say they moved to the Principality because it is a pioneer in sustainability, spearheaded by a Prince who devotes much of his life to ocean health, and climate change in general. Once here, they decided to join a community of like-minded people at MonacoTech. They have just graduated from the intensive two-month accelerator part of the programme.

“In the last two months, we have managed to triple our revenue,” adds Co-Founder Dmitry Aksenov. “What really made the difference is the structure of the programme – it required us to commit one full day a week to focus on solving the most important, most pressing problems in the business. It really gave us clarity, which we wouldn’t have gotten on our own purely because of a lack of resources. MonacoTech forced us to think about the important things.”

“We receive a lot of mentorship on a weekly basis,” says Fominova. “We get to talk to the most inspiring people who love our product, and who introduce us to other interesting people. We feel like we have made great progress, and we can track this in the company growth that we have seen so far.”

Every six months, a jury reviews the progress of start-ups and provides recommendations. After 18 months, they become MonacoTech Alumni.

You may have already heard of a few: Carlo, the shopping app now in wide usage throughout Monaco; YouStock, an on-demand storage solution which has just expanded throughout France; YachtNeeds, an online marketplace for superyacht products servicing the Mediterranean and the United States; Pineappli, a certified “digital safe” for important documents; and KeeSense, an award-winning wealth management solution.

“These alumni show that they have been successful in finding funding, that there are people who believe in these solutions, and that they are ready to invest to scale up these solutions,” says Lionel Galfré, who has been Director of MonacoTech for the past three years.

“But there is something which is very important,” adds Galfré. “The human side. The team is what determines if a project will be successful or not. So, we have a very rigorous team-screening process as well as project sustainability.”

At this five-year mark, Galfré says MonacoTech has established a respected reputation globally, as evidenced in the partnerships its formed with incubators Capsula in Israel, APUI – IMT Lille Douai in France, and ACET in Canada.

The 2023 objectives for this government-funded incubator are to structure a network of local investors, to develop a mentorship programme with successful entrepreneurs, to strengthen the dissemination of MonacoTech start-ups in the local ecosystem, and to become a reference incubator in its targeted sectors.

“We want to structure and to reinforce our community of local investors, because there are real opportunities for investment with start-ups,” concludes Galfré. “Monaco has real forces. You can’t do everything in Monaco, but you can do great things here. And this is our strategy, to help our local forces.”