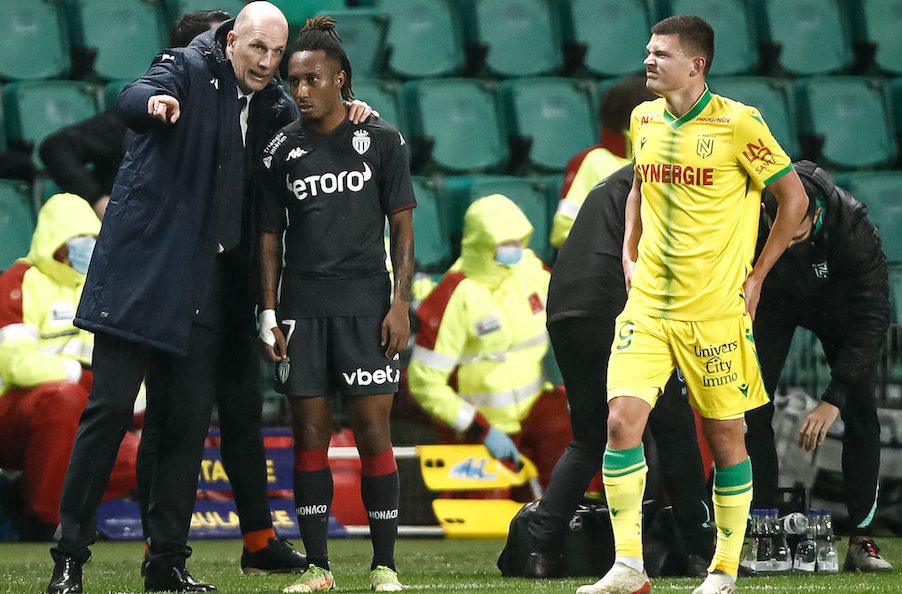 Taking charge of his first game since joining the club as manager, Philippe Clement’s AS Monaco were held to a goalless draw by Nantes in front of a reduced capacity crowd on Sunday.

New coronavirus restrictions in France meant that capacity at the Beaujoire stadium was capped at 5,000. Those who were in attendance witnessed a cagey match played in damp, windy conditions.

Given the multiple absentees and the recent Covid outbreak at AS Monaco, Clement could name a surprisingly strong side. Setting up in a 4-2-3-1, the only surprise was the utilisation of Caio Henrique, the marauding left-back, in the number 10 role.

Clement’s team began the encounter brightly. Quick and vertical in the transition, they posed Nantes early problems, and Sofiane Diop, who had only recently recovered from Covid, almost opened the scoring with a shot that was kept out by the legs of the keeper.

Diop was a live-wire throughout the first-half, and he curled another effort narrowly wide. But the positives were overshadowed by Monaco’s ever-deepening injury crisis. Djibril Sidibe and the recently returning Benoit Badiashile both limped off before the break.

The Monaco team that went into the dressing room following a high-energy first-half didn’t return for the second. Gone was the speed in the transition, the ultra-high press and the intensity, giving way to a more cautious, controlled approach.

Nantes gradually grew into the game, and carved out their best chances early-on after the break. Ludovic Blas couldn’t keep his shot down when only a matter of yards out, and Pedro Chirivella’s well-struck shot forced Aleksandr Nübel into a smart save low to his right.

The final and most gilt-edged chance was to fall to Monaco. Vanderson, making his debut as a substitute, cushioned the ball down for fellow substitute Myron Boadu. The Dutch striker, low on confidence, could only strike agonisingly wide when one-on-one within the box, leaving him head in hands on the sodden Beaujoire turf.

Adding insult to injury quite literally, Boadu was forced off just moments later with a muscular issue. As Monaco Life revealed over the weekend, the Dutch striker was a doubt for the game, as he didn’t participate in group training on Friday morning. Having already made five substitutions, Clement’s men were forced to see out the rest of the game with 10 men, which they did successfully.

Reflecting on the 0-0 draw, Clement perceived the injuries to his defenders as a critical turning point. “We started really well with huge determination and a good game rhythm,” said the Belgian coach. “After that the circumstances weren’t very favourable, with the premature departure of two injured defenders in the first-half. Naturally, the tempo dropped a bit after that.”

Despite an undeniably positive performance in the first-half, the deepening injury crisis at the club means that Monaco take as many negatives as they do positives away from Nantes. Clement will be hoping that some of his sidelined players will be back in contention for his first match at the Stade Louis II next Sunday against Clermont Foot. 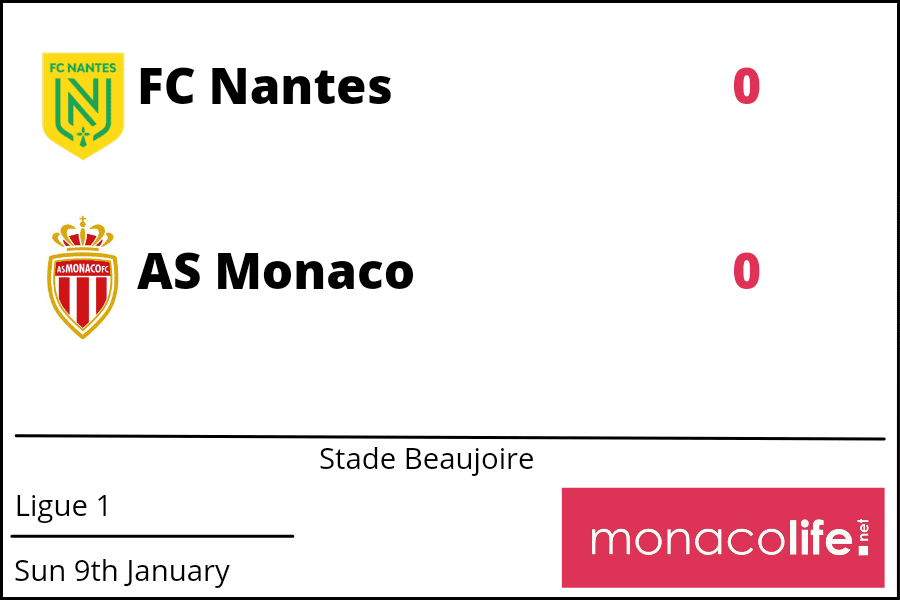