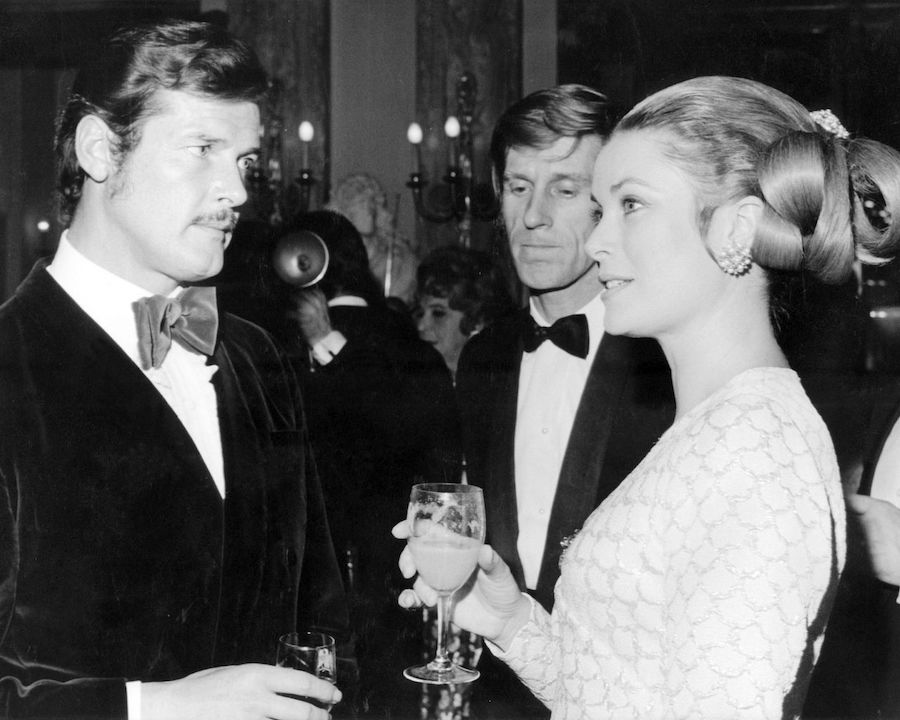 The Princess Grace Foundation-USA will honour the late Sir Roger Moore, seven-time 007 secret agent, with a new film grant in his name. Prince Albert has welcomed the award, saying the legendary actor held a special place in his mother’s heart.
The announcement comes as Monaco is set to roll out the red carpet for the premier of James Bond’s ‘No Time To Die’ at the Grimaldi Forum on 7th April. Sir Roger Moore brought humour, panache and suavity to his role as James Bond in seven feature films during the 70s and 80s.


“My father was a great man, a beloved actor and was deeply committed to the arts,” said the late actor’s son Christian Moore. “He adored Princess Grace and believed in her mission to support emerging talent and ensuring the arts community remained vibrant and impactful. My family thanks the Princely Family for their generosity in recognising my father by bestowing him with this named award. I know he would be truly humbled.”


‘No Time To Die’ is the 25th movie in the beloved James Bond franchise and will be Daniel Craig’s fifth and final appearance as 007. It was directed by Princess Grace Award winner Cary Joji Fukunaga.
“Becoming part of the Princess Grace Awards family has been incredible, I received a scholarship that helped propel my career in a multitude of ways,” said Cary Joji Fukunaga. “Several years ago, I had the pleasure of meeting Sir Roger Moore in Monaco when I received my second Princess Grace Award. I never would have imagined that just five years later I would be helming ‘No Time To Die’.”
The Princess Grace Foundation-USA, of which Moore was a founding member along with Frank Sinatra, Jimmy Stewart, Cary Grant and Gregory Peck, will host an exclusive black-tie post-premier party at the original ‘Casino Royale’, the Monte Carlo Casino. All proceeds will go towards the new Sir Roger Moore Film Scholarship, the first recipient of which will be announced at the 38th Annual Princess Grace Awards Gala in Monaco in October 2020.

VIP tickets for the black tie post-premier party are available at pgfusa.org. General premiere tickets will be available at the Grimaldi Forum on 17th February.