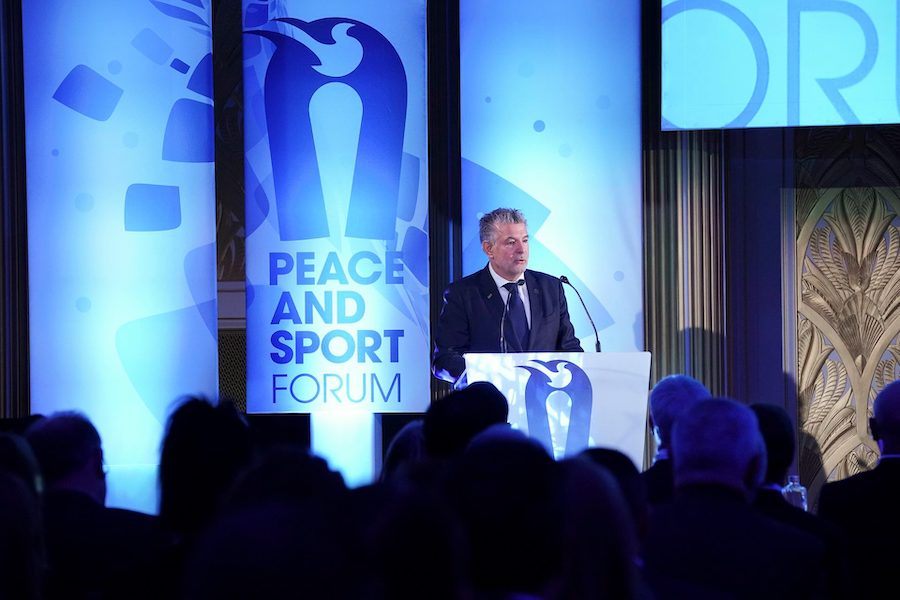 A number of important collaborations were secured during this year’s Peace and Sport International Forum, including deals with the International Olympic Committee and the NFL.

The 12th edition of the Peace and Sport International Forum took place in Monaco from 11th to 13th December under the theme ‘Investing in Peace, Acting through Sport’. It brought together 500 decision-makers from 90 countries, 53 high-level speakers, 10 Peace and Sport Award winners and 40 Champions for Peace, to pinpoint and share solutions to scale-up investment in longer-term efforts to transform societies and leave a sustainable legacy for generations to come.

The event began on Wednesday 11th December with three debates and a ministerial round table that allowed participants to share experiences and led to partnerships with UNESCO, the Princess Charlene of Monaco Foundation and the National Football League Alumni Association.

On 12th December – to mark the 10th anniversary of their club – the Champions for Peace launched a call for action through a 10-point manifesto in which they pledged their help to transform society. A collaboration with international organisations such as the Council of Europe, the UN High Commissioner for Refugees and the International Olympic Committee fuelled three plenary sessions and two master-classes. A youth program fortified by partnerships with the University of the Western Cape, the Yunus Sport Hub, the Swiss Academy for Development and ENGSO Youth offered 15 young people from 13 nationalities the opportunity to express their views and make recommendations on the subject. 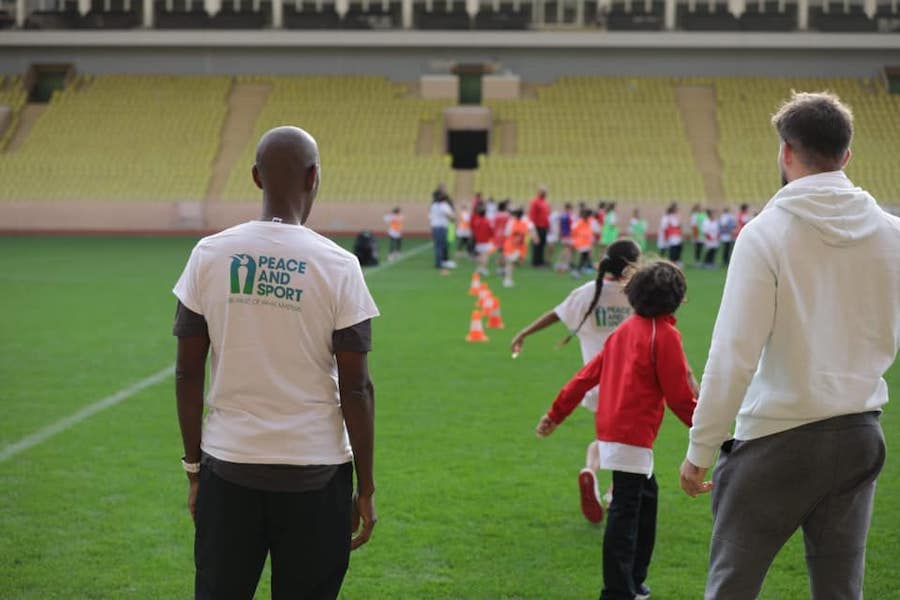 A press conference was held to mark the official launch of the Peace and Sport app developed by My Coach. This digital solution combines the expertise of Peace and Sport’s field programs with the digital know-how of the leading French sports app My Coach, to provide an innovative way to promote peace through evolutive, annual sports programs.

Joël Bouzou, President and Founder of Peace and Sport, and Pascal Granero, Administrative and Financial Director of the Princess Charlene of Monaco Foundation, announced the signing of a four-year partnership with the Princess Charlene of Monaco Foundation to join efforts and contribute to the well-being and development of children regardless of their origins and conditions, through the positive values of sport, particularly through rugby and swimming.

Meanwhile, Peace and Sport renewed its partnership with UNESCO in order to fully contribute to implementing the Kazan Action Plan (KAP), which is widely recognised as essential for facilitating international convergence to integrate sport into the UN 2030 agenda. This cooperation includes several government awareness projects, including the ‘April 6’ celebration and the development of the Peace and Sport Methodology.

South African captain Siya Kolisi, reigning world champion and the first black captain of the Springboks, was the grand prize winner at the prestigious Peace and Sport Awards Ceremony held on Thursday night, winning the 2019 Champion of the Year Award.

In the presence of Their Serene Highnesses Prince Albert II of Monaco – Patron of Peace and Sport – and Princess Charlene of Monaco, other organisations were also accoladed, including the FC Barcelona Foundation, the Danone Nations Cup and the Bosnia and Herzegovina National Olympic Committee with two cities – Sarajevo and East Sarajevo – for jointly organising the 14th European Youth Olympic Winter Festival (EYOF).

The Forum ended on Friday 13th December with a networking session for all delegates, to encourage interaction and make contacts to generate new synergies and initiatives for peace through sport. Peace and Sport then signed a Memorandum of Understanding (MOU) with the National Football League Alumni Association to promote sport as tool for social development, capitalising on the willingness of retired NFL players to give back to their local communities. The collaboration was facilitated by Monaco Life Publisher Eric Brundage.

“This unprecedented edition of the International Forum demonstrated that investing in peace can have a positive impact on business whilst helping to create more inclusive societies,” said Joel Bouzou. “We’ve spent three amazing days learning and sharing. Delegates have strongly expressed their desire for change to foster peace throughout the world. I would like to thank everyone for their contribution, and I am delighted to build on the foundations that have been laid here.”

Didier Drogba, Vice President of Peace and Sport and Champion for Peace, added: “This Forum has initiated a new way of thinking and acting. It has succeeded in highlighting initiatives that, in time, will transform societies and leave a lasting legacy for generations to come. The manifesto launched by the Champions of Peace is anchored in this dynamic and has already received favourable feedback promising tangible action for peace.”