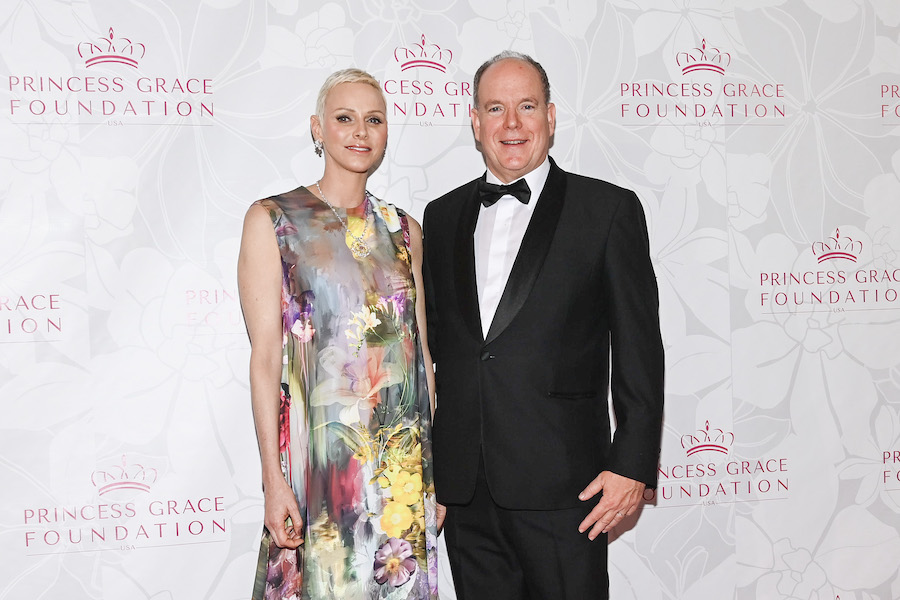 The Princess Grace Foundation USA Awards ceremony was held at the glorious 583 Park Avenue, an historic building from 1920s New York that has been recently restored.

Prince Albert II and Princess Charlene joined members of the Kelly Family, Foundation board members, Crown Patrons of the Foundation, and notable luminaries and industry leaders for the special event, honouring this year’s class of Princess Grace Award winners in theatre, dance and film.

“The Princess Grace Foundation-USA was delighted to return to an in-person celebration of our newest class of Princess Grace Award winners,” Brisa Carleton, CEO Princess Grace Foundation USA told Monaco Life. “Covid has had a devastating and long-term impact on artists and we recognise that our financial support is needed now more than ever before to ensure that these incredible emerging artists can take the first key steps of their career. There’s no doubt the artists that we had the privilege to celebrate will shape the cultural landscape in the future.”

The 1.79-carat Grace Diamond presented by Maison Mazerea in collaboration with Grace de Monaco, the first global luxury brand for good, pays tribute to Princess Grace’s legacy and also establishes Princess Charlene as a steward of the iconic jewel. The Grace Diamond is designed to capture the world’s attention and direct focus to those whose work is ultimately about leaving the world a better place.

As the first ever to wear the Grace Diamond, Princess Charlene has set a magical story of philanthropy in motion. After a year, the Grace Diamond in La Vie en Rose will be replaced by another Fancy Colour diamond and the necklace will be sold at auction, with a share of the proceeds to benefit the Foundation Awards Program.

Princess Charlene and Prince Albert, vice president of the Foundation that was established by his father Prince Rainier III after the death of Princess Grace, spent the night meeting and congratulating the award winners.

“Prince Albert has been passionately committed to upholding his mother’s legacy,” said Brisa Carleton. “He gets such joy from meeting the new artists and learning about their work. It was extra special to be able to celebrate with Princess Charlene as well this year.”