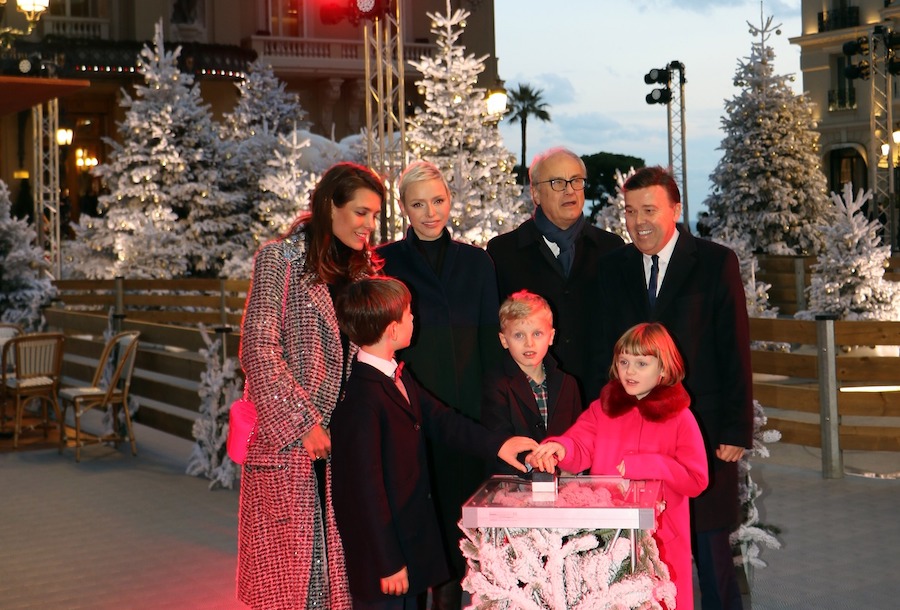 Princess Charlene, Prince Jacques and Princess Gabriella have kicked off Christmas festivities in Monaco, turning on the lights in Casino Square and launching the Christmas village at Port Hercule.

The Princess was joined by Charlotte Casiraghi, the daughter of Princess Caroline, while her husband Prince Albert was in Dusseldorf, being presented the German Environmental Prize at the German Sustainability Awards.

The Princely Family inaugurated the Christmas celebrations in Monte-Carlo, alongside SBM CEO Jean-Luc Biamonti and SBM Director Stéphane Valéri, which include a new roller rink, seasonal treats in the Chalet de Café de Paris, and regular visits by Santa Claus.

Meanwhile, Princess Charlene, the twins and Charlotte Casiraghi officially opened Monaco’s Christmas Village, which this year is themed around the “Explorer Prince”, Prince Albert I, in a tribute to the centenary of his death.

The village therefore features several animated scenes from the Arctic, including a walrus, polar bear and penguins, as well as festive favourites such as big wheel, 21 food stalls, 21 gift chalets, and an eight-metre-high Christmas tree.

The Christmas in Spitzbergen is open until 2nd January.