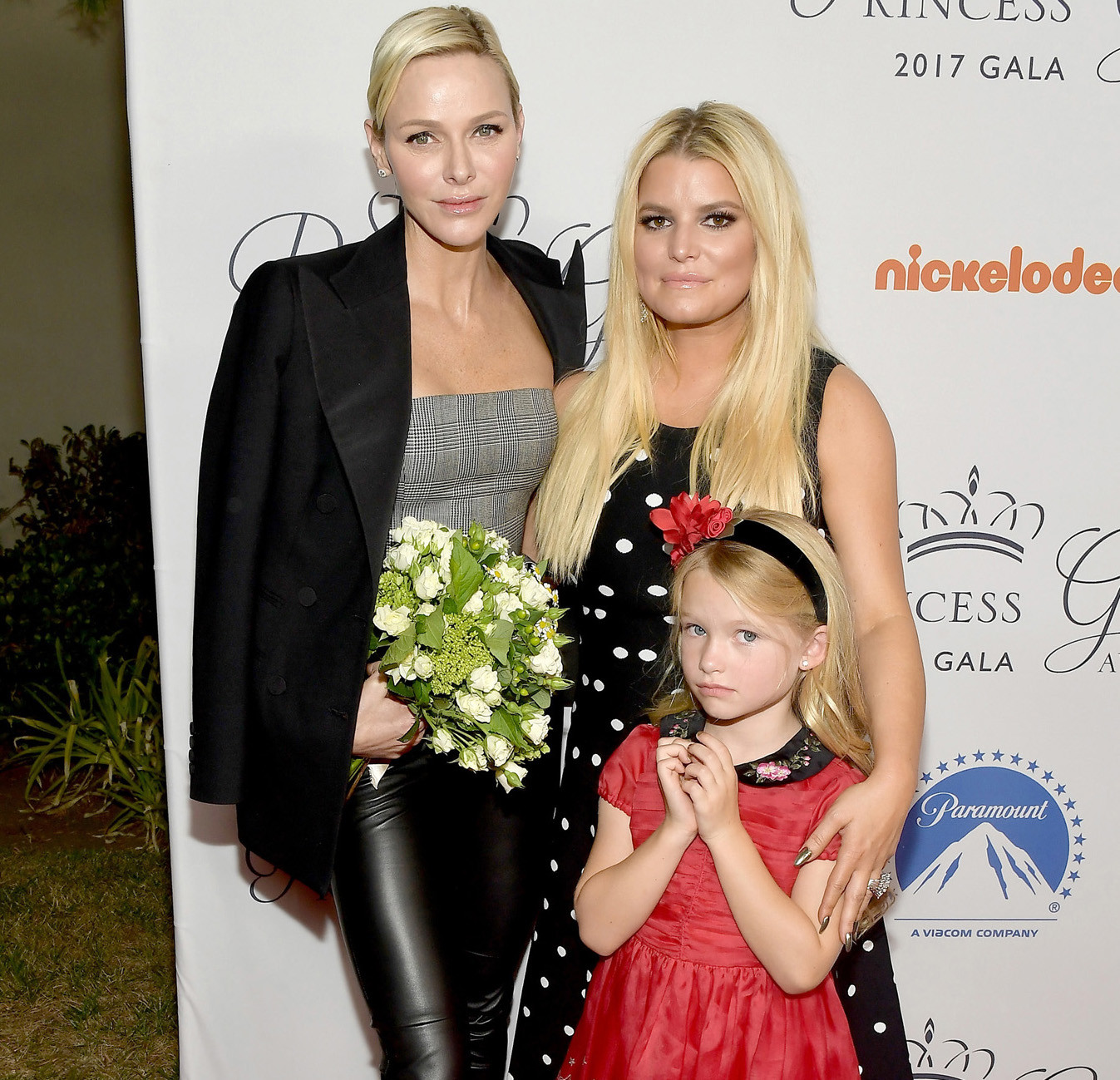 On Tuesday night, the Princess Grace Foundation-USA and HSH Princess Charlene celebrated the return of the annual Princess Grace Awards Gala to Los Angeles with an exclusive kick off event at Paramount Pictures, the home to where Grace Kelly made so many of her iconic films.

It was a special girls’ night out for entertainment, music and style icon, Jessica Simpson, as she attended the event with her mom Tina Simpson, and daughter Maxwell Johnson, who presented flowers to Princess Charlene upon arrival.

Jessica beamed with joy on the carpet watching her daughter fulfill her fairytale dream of meeting a real Princess.

In partnership with Nickelodeon Group and Paramount Pictures, the October 24 evening also featured a special tribute to Stephen Hillenburg, creator of Nickelodeon’s SpongeBob SquarePants, and introduced the Stephen Hillenburg Animation Scholarship, a gift awarded annually in support of emerging animators in the film category.

Karen and Stephen Hillenburg, who were in attendance, endowed the Foundation with a gift that will encourage and assist future animators to develop and hone their crafts. Hillenburg received his Princess Grace Award in 1991 and a Statue Award in 2002.  He is the first Princess Grace Award winner to honour the Foundation with the gift of such a scholarship.

The 2017 Princess Grace Awards Gala will take place on tonight at the Beverly Hilton Hotel in Beverly Hills. HSH Prince Albert will have the “distinct privilege” to present the Prince Rainier III Award to Oscar-winning filmmaker James Cameron.

Local News Staff Writer - September 10, 2018
The Reading Marathon's main objective is to involve the public of Monaco and the region in the Foundation's activities in the literary field.