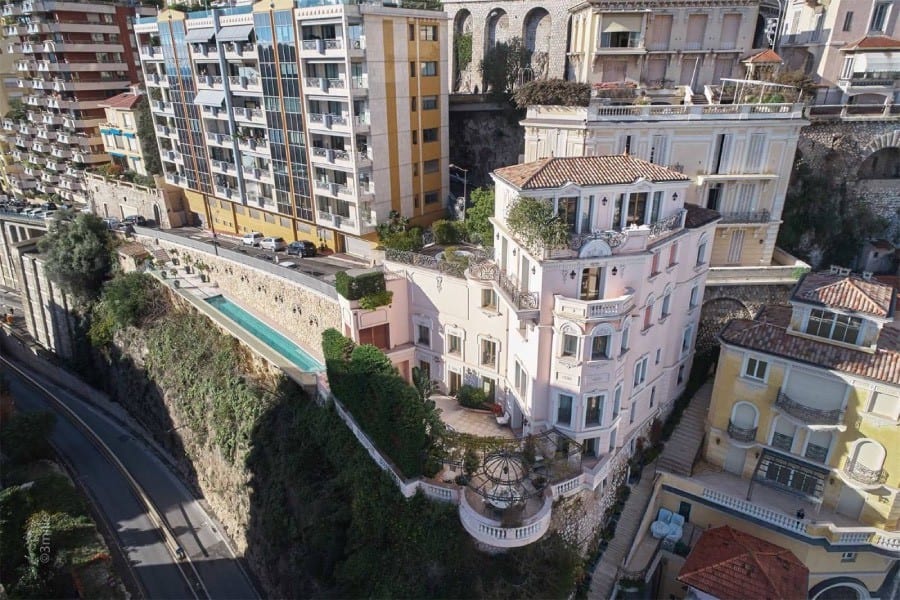 The number of high-value property sales – those over €10 million – more than doubled in 2019 as Monaco maintained its position as the most expensive luxury residential market in the world.

A report by Savills released Wednesday, titled ‘Spotlight: Monaco’, shows that demand for real estate of all types has remained high in the Principality.

Transaction volumes also fell, by 12% in 2019 versus 2018, driven by an 18% decline in sales of properties priced under €5 million. According to the report, this decline was caused by a drop in the number of one- and two-bedroom properties available for sale in comparison to 2018.

On the other end of the scale, sales of properties above €10 million increased exceptionally by 64% in 2019 compared to 2018. The increase in the number of high-value property sales has been partly attributed to an uptick in the volume of villas being sold, often for redevelopment, and Monaco’s continued status as a premier location to live and invest.

Meanwhile, transaction volumes across the Principality fell from 523 in 2018 to 462 in 2019. “Due to a lack of new build supply, the number of new build transactions fell 54%, significantly contributing to the overall decline in sales numbers,” reads the report. “Transactions of re-sale properties also saw a small fall as fewer properties were brought to the market.”

“The residential property market remains the most expensive in the world and supply of new property is scarce,” said Irene Luke, Partner at Savills Monaco. “There are a number of new developments in the pipeline, such as the ambitious land reclamation project, Portier Cove, although these schemes are only expected to make a dent in the supply shortage.”

Over the year to February 2020, rental values in Monaco increased 20% across all property types. This was reportedly driven by a large increase in the rental values of 4+ bedroom properties, such as One Monte Carlo, which was delivered in 2019.

Hong Kong ranks second in the world for most expensive residential market, with an average price of €44,700 per square metre. Savills notes in its report that both Monaco and Hong Kong are constrained by available space and are bolstered by their global reputations.

Luxury residential properties in New York, the third most expensive market in the world, cost nearly half as much as Monaco, with average price per square meter standing at €24,300.

“Looking to the year ahead, while the economic impact of Covid-19 is still largely unknown, the residential market in Monaco is well placed to weather the storm of any economic downturn,” Sophie Chick, head of Savills world research, said in the report.

Top photo: The pastel-pink villa known as Villa Echauguette was listed in Monaco in early 2019 for the record price of 110 million euros by Sotheby’s

Business & Finance Cassandra Tanti - May 7, 2020
Faced with a global collapse driven by lockdowns and the shutdown of tourism in all key markets, the luxury industry faces a challenge like never before.