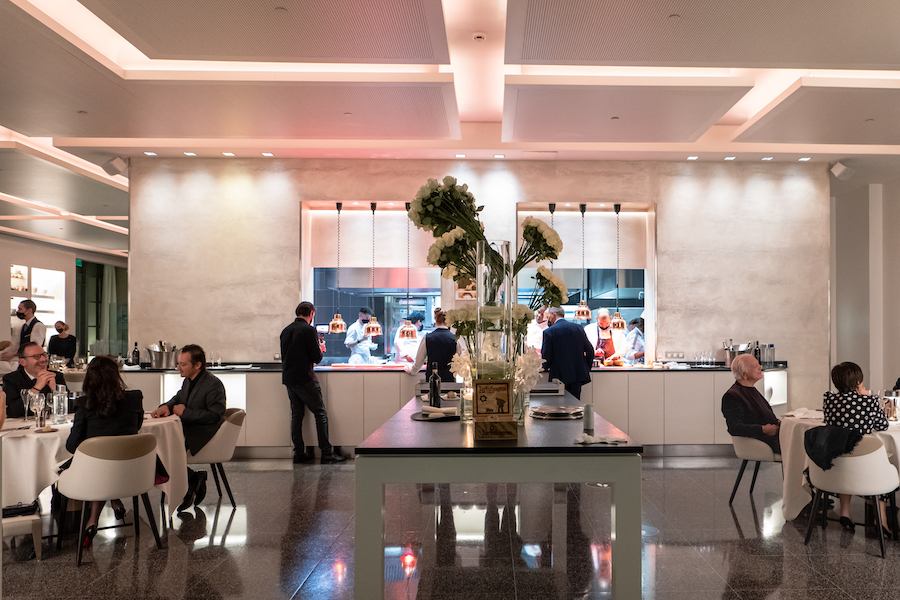 The chefs who will feature in this year’s Festival of the Stars have been announced. Britain’s Clare Smyth, Australia’s Shaun Hergatt, France’s Bruno Verjus and Italy’s Davide Oldani will join Monaco’s Michelin-starred chefs for a series of extraordinary dining experiences.

One can barely throw a stone without hitting a Michelin-starred restaurant in Monaco these days. Diners have irresistible choices like never before, so it takes something truly special to create a serious buzz.

That buzz is here. After a successful launch in 2021, the Monte-Carlo Festival of the Stars (Festival des Etoilés Monte-Carlo) is returning to the Principality this autumn. Monte-Carlo SBM is once again giving foodies a chance to sample menus prepared by four Michelin-star chefs who have each invited a special guest to join them to create unforgettable culinary experiences.

It all kicks off on Friday 2nd September at Le Louis XV-Alain Ducasse at the Hôtel de Paris where the man himself, Alain Ducasse, will collaborate with his chef Emmanuel Pilon and triple-Michelin star awardee Clare Smyth for a special lunch and dinner service. British Smyth was trained under the legendary Ducasse early in her career, and has gone on to open her own establishment, Core by Clare Smyth, where she became the first woman in Britain to obtain a third Michelin-star for her work.

Next up on 7th October will be the dynamic duo of Monte-Carlo Bay’s Marcel Ravin and modernist Australian chef Shaun Hergatt. Ravin’s Caribbean-infused cuisine has made him his name and earned him two Michelin stars, making him one of Monaco’s most popular chefs.

Hergatt, now a New York transplant, has won both Best Young Chef and Best New Restaurant awards from the New York Times, the Michelin Guide and Esquire Magazine. His creativity is the ideal foil to Ravin’s exotic fare.

Then on 15th October, Yannick Alleno and Bruno Verjus team up for a night to remember. It wasn’t long ago that three-starred Alleno opened his new-look restaurant, Pavyllon Monte-Carlo, at the Hotel Hermitage Monte-Carlo where he is making magic every day.

He is joined by businessman turned food writer turned Chef Bruno Verjus. Verjus was in his 50s when he opened his first eatery, Table, and is now one of France’s most respected chefs, winning his second Michelin star this year.

Finally, on 21st and 22nd October, Executive Chef of the Hôtel de Paris’ Le Grill, Dominique Lory, will be joined by Davide Oldani for two spectacular nights. Lory worked alongside Alain Ducasse for many years, earning him accolades and skills.

Italian chef Oldani is bringing his “cucina pop” to Monaco, showcasing his delicious flavours and uncomplicated recipes to the Principality’s fine diners, for a night sure to dazzle.

For more info on the events and to book reservations, visit the website.

This article was originally published on 15th August