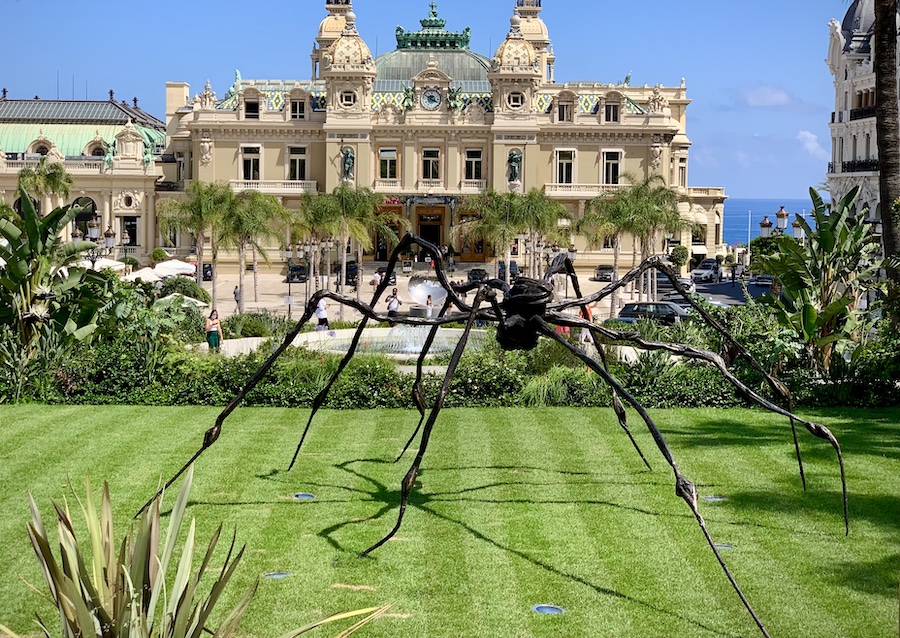 A steel version of Louise Bourgeois’ iconic Spider, similar to the giant sculpture featured last year in the gardens of Monte-Carlo, has been sold by art gallery Hauser & Wirth for €40 million, the biggest sum ever paid for a work by the artist.

The all-steel 1996 version of artist Louise Bourgeois’ Spider went on the block at Art Basel’s first VIP day, selling for the enormous sum of €39.9 million. The massive piece, which matches its hefty price tag, is 3.35 metres long and towered over the Hauser & Wirth booth at the Art Basel Fair, which was held in June.

The sculpture came from the private collection of Ursula Hauser, mother of gallery co-founder Manuela Hauser, and was passed onto another private collection. As the Spider is made from steel not bronze like many of Bourgeois’ other works, it is an “indoor-only” piece.

The spider sculpture that featured in the Boulingrins Gardens as part of Hauser & Wirth’s Louise Bourgeois exhibition last year, was the bronze version. The art gallery confirmed to Monaco Life that this particular piece is still part of the private collection.

Louise Bourgeois has had huge success with her Spider sculptures. A 1997 bronze version sold in 2019, also at Art Basel, via auction house Christie’s for €31.9 million, and a smaller rendering, Spider IV, sold in April at Sotheby’s Hong Kong for €16.4 million, making it the most expensive sculpture ever sold in Asia.

The big sums being bandied about for the sales of these works is significant, as female artists usually don’t command the same as their male counterparts. Andy Warhol’s Shot Sage Blue Marilyn (1964) became the most expensive 20th century artwork to sell at auction when it sold last month at Christie’s New York to Larry Gagosian for $195 million. The three most expensive sculptures to ever sell at auction are all by Alberto Giacometti, each going for more than $100 million, with L’Homme au doigt (1947) selling at Christie’s New York in 2015 for $141.3 million.

Though the €40 million is an impressive number, American modernist artist Georgia O’Keeffe holds the record for the biggest sale by a woman artist. Her Juimson Weed/White Flower No. 41 sold for $44.4 million in 2014 at Sotheby’s in New York.

HAUSER AND WIRTH TO OPEN GALLERY IN MONACO