Students must return to classrooms on 22nd June: France

Students must return to classrooms on 22nd June: France 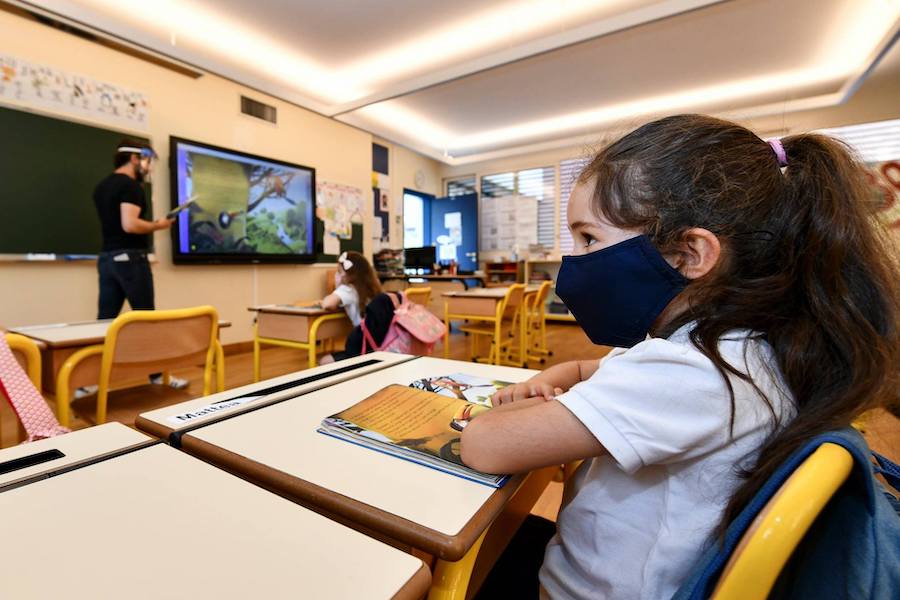 It will be compulsory for all students in French schools to return to their classrooms from Monday 22nd June – albeit for two weeks until summer holidays start.
Schools in France and Monaco gradually reopened to limited class sizes from 11th May, however many parents have chosen to continue homeschooling their children in light of the ongoing Covid-19 health situation.
Figures from 4th June showed that only around a quarter of pupils were back in school.
But these parents now have no choice but to send their kids back to school given Sunday night’s address to the nation by French President Emmanuel Macron, in which he declared: “As of Monday, in France and overseas French territories, nurseries, schools and secondary schools will prepare to welcome all students.”
“From 22nd June,” the president continued, “attendance will be compulsory.”
In order for this to happen, the country has eased social distancing requirements from 4sqm of space per pupil to 1sqm. “This allows us to accommodate all students,” Education Minister Jean-Michel Blanquer told Europe 1 on Monday. “The fundamental reduction is that of physical distance,” he added.
Now, parents who wish to continue home schooling on a permanent basis will have to go through the normal process to be registered with their local authority.
The move has many questioning the logic of the government, given that schools in France will break for the summer holidays just two weeks later on 4th July. But the education minister defended the decision, saying, “Every day counts in the life of a student.”
The announcement does not apply to high school students, who are normally undertaking exams at this time of year, or universities, which are largely set to continue online teaching until September.
Meanwhile, it has been confirmed that centres de loisirs, or school holiday programmes for kids, will go ahead this summer.
Monaco Life has approached the government for clarification on whether it will also be obligatory for students in the Principality to return to classrooms from Monday, and we are waiting for a response.
Previous comments that Monaco is “completely nestled within French territory” with regards to education from Minister of State Serge Telle suggests the Principality may follow France’s lead, however with the school year ending one week earlier than France – on Friday 26th June, it does seem unlikely.
Top photo: © Direction de la Communication / Manuel Vitali