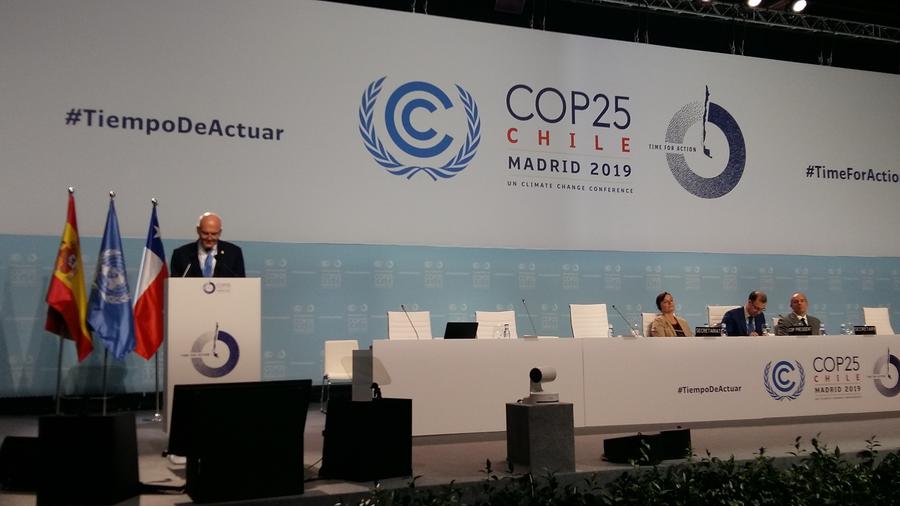 Negotiations at the COP25 Climate Conference held in Madrid wrapped up on Sunday with a disappointing stalemate on an overall deal covering the biggest and most controversial issues, though many important breakthroughs were made.

Representatives found themselves stuck on loss and damage brought on by climate change and financing for adaption measures, but released a preliminary version of the outcome on Saturday leaving all parties involved “underwhelmed”, with delegates from NGOs and other organisations declaiming it as one step forward two steps back, and a betrayal of the commitments made under 2015’s Paris Climate Agreement.

By Saturday night, the standoff prompted Greta Thunberg, the 16-year old face of climate change activism, to announce: “It seems like the COP25 in Madrid is falling apart right now. The science is clear, but the science is being ignored.”

Monaco’s Ambassador to Spain, Jean-Luc Van Klaveren, addressed the conference last week, laying out the actions currently being undertaken by the Prince’s government to reduce greenhouse gas emissions and reiterating the Principality’s commitment to assisting developing nations reach their goals.

Despite the setbacks, several announcements were made during the two week conference that showed promise. The European Union committed to carbon neutrality by 2050 and 73 countries vowed to offer improved climate action plans, also known as Nationally Determined Contributions.

A cleaner economy also received positive reactions from both local and regional entities, with 14 regions, 398 cities, 786 businesses and 16 investors working towards achieving net-zero CO2 emissions by 2050.

Additionally, the science behind climate change was made clearer, lighting a fire under many to lobby for immediate changes. The UN Global Compact, which works with the private sector, stated that 177 companies have now agreed to set targets in alignment with the goal of limiting the global temperature rise to 1.5°C and reaching zero-emissions by 2050. This is more than twice the number of companies who signed onto the Climate Action Summit and their pledge will reduce the amount of CO2 emissions equivalent to France’s annual output.

Monaco was an active participant in COP25, taking part in intergovernmental negotiations, both as a member state and as part of the Environmental Integrity Group, along with the Republic of Korea, Switzerland, Mexico, Georgia and Liechtenstein.

The COP26 has been scheduled for December 2020 in Glasgow, Scotland, and is highly anticipated as nations will be presenting updated climate action plans going beyond previous commitments made at the 2015 Paris Agreement meetings.