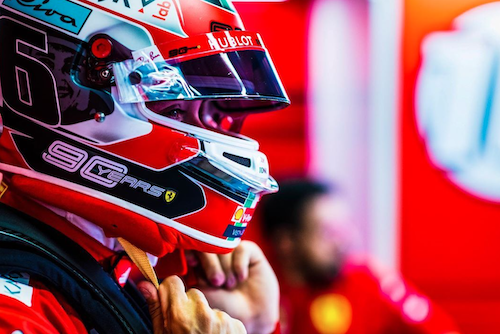 He is undoubtedly Monaco’s man of the moment, and now fans of Charles Leclerc will be given their very own grandstands for both the Monaco and France Formula One Grand Prix.
Leclerc’s popularity skyrocketed after his incredible first season on the Formula One track with Ferrari which saw the 22-year-old secure two maiden GP wins. In addition to wowing fans across the globe, he has impressed the people who be in his home town, having been officially welcomed by Prince Albert II of Monaco at the Palace, and receiving the Medal of Honour by National Council President Stéphane Valeri.
The Ferrari star has surprised everyone with his skill and tenacity, placing 4th on the drivers’ championship ahead of his teammate and achieving seven pole positions in the 2019 season. He even managed to delight Italian racing fans by giving Ferrari a win at Monza.
Ferrari’s shown its appreciation by awarding Leclerc a five-year contract until 2024, the only driver on the grid to have a deal for that long.
And the dream just continues for this young Monegasque. He’s now become the latest driver to have not one but two grandstands in his name.


In Monaco, grandstand K – overlooking the harbour just before the piscine chicane – will welcome fans and, as a thanks for booking those seats, they will receive a goodie bag including a Charles Leclerc beach bag, t’shirt, signed cap and signed programme.
For the French Grand Prix, the dedicated Charles Leclerc grandstand will be situated on the start/finish line and is directly opposite the Ferrari F1 garage.
The official Charles Leclerc fan page shared the news on Twitter:

I’m extremely happy to announce that you will now have the opportunity to support me in my own grandstand on different Grand Prix. I will announce later today the first 2 races where there will be a CL grandstand ? pic.twitter.com/90rN6iTVh6