No Finish Line off to great start, 1,000 more participants already 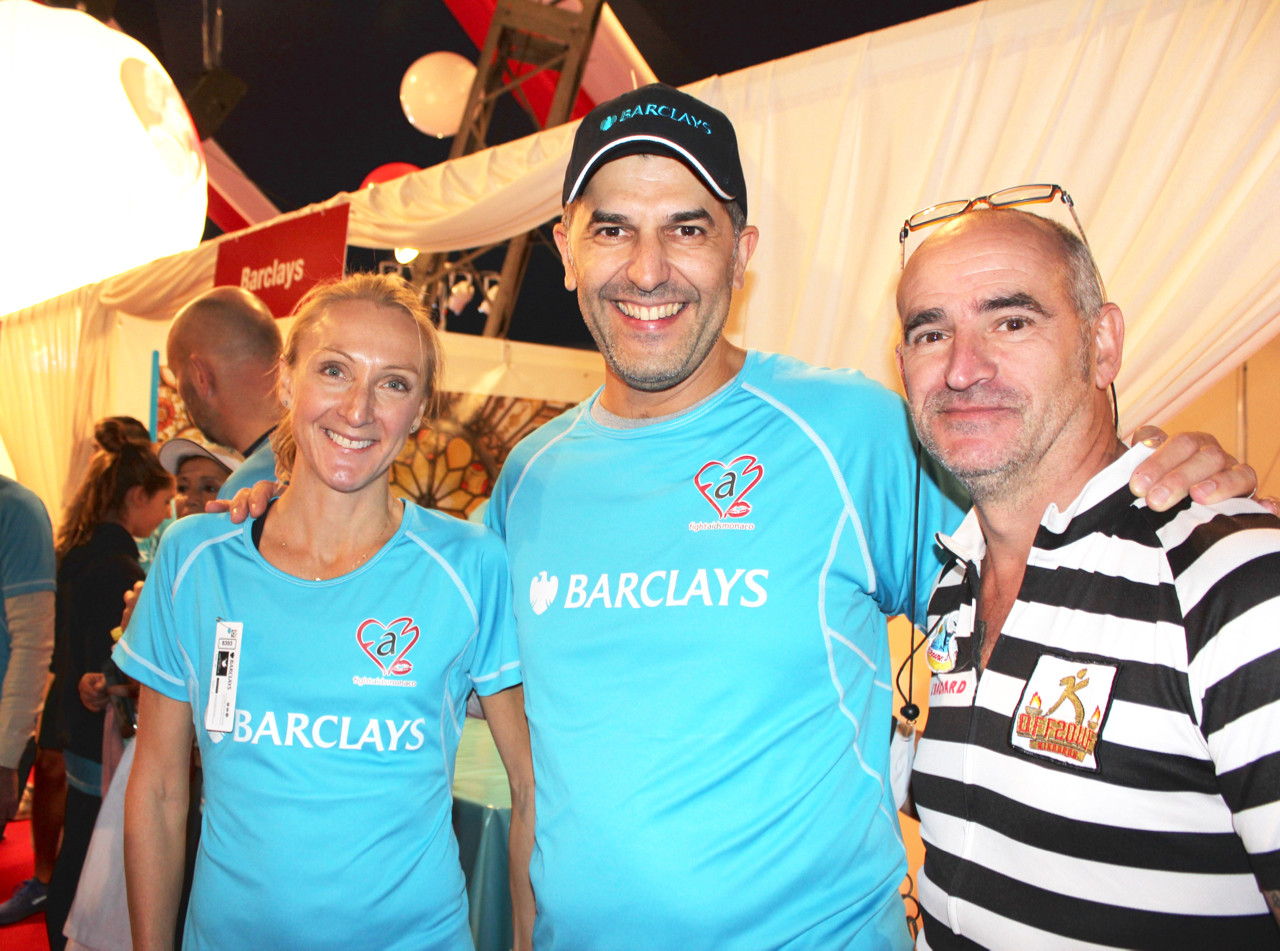 Philippe Verdier was looking very calm on Saturday afternoon, having officially kicked off the 18th No Finish Line 2017 at 2 pm with music by the Prince’s Orchestre des Carabiniers.

Despite the popular TEDxMonteCarlo event taking place at the same time, the Founder of NFL told Monaco Life, “Everything has gone very smoothly and we already have 1,000 more people signed up than last year, and there’s still another week to go.”

This year’s edition – “Heading to the Stars” – is hoping to reach the 400,000-km mark with the help of participants, individuals or teams, running or walking on a 1.4 km circuit in Fontvieille open 24 hours over eight days, for as many laps – and kilometres – as desired. Every kilometre completed equals €1 donated to charity on behalf of the sponsors, like Barclays and JB Pastor & Fils Monaco, to help sick and disadvantaged children through the association Children & Future.

Barclays finished third last year in the Team Category raising €10,321, is back for the 2017 edition with 300 participants from the Monaco branch, and Paula Radcliffe as their running Ambassador.

Francesco Grosoli, CEO Barclays Private Bank, EMEA & Monaco branch, had this to say about the team’s 2016 achievement: “I am very proud of the team and the way they pushed themselves beyond their limits for this great initiative. It is this same drive and determination to achieve excellence that allows us to continue delivering our best to our clients, the community and the Principality. Our commitment to Monaco is as solid as the Rock.”

Last year the 13,297 runners and walkers who took part in the annual No Finish Line passed the distance from the earth to the moon, travelling a total of 392,516 kilometres.

Since 1999, the year of the first No Finish Line, the objectives, both in terms of the number of participants and the number of kilometres, have continued to grow, making this one of the most important charitable events in Monaco. Over the past 18 years, 96,085 participants have travelled 2,636,778 kilometres, raising a total of €2,797,303 for projects favouring children.

Philippe’s goal is to have a NFL every week of the year worldwide. He launched in Paris in 2015 and Oslo in 2016. In April of this year, Athens held its first NFL and in 2018, No Finish Line will launch an edition in Nice, from June 6 to 10, with a 1km-circuit along the Quai des États-Unis.

One Monaco resident at the start on Saturday is Patrice Loquet who has the unique distinction of participating in all four No Finish Lines: Monaco (he done more than a dozen times, his personal best over eight days is 828 km), Paris, Oslo and the inaugural Athens NFL.

Ben Rolfe – aka Team Pussy Footing Around (look for them and their neon pink shirts) – is back with his amazing wife and children, each of the girls won a prize last year, although they were not at the start this year as Emily Rolfe was centre stage at TEDxMonte Carlo talking about her experience as the youngest person to finish the Marathon des Sables.

From babies in carriages to 98-year-old moms Anne Casey from St Paul’s Church, and from joggers to Special Olympics volunteers pushing wheelchairs, No Finish Line is accessible to everyone and their pet.

You can see Patrice, Paula and the Pussyfooters across the week. Be sure to cheer them on.