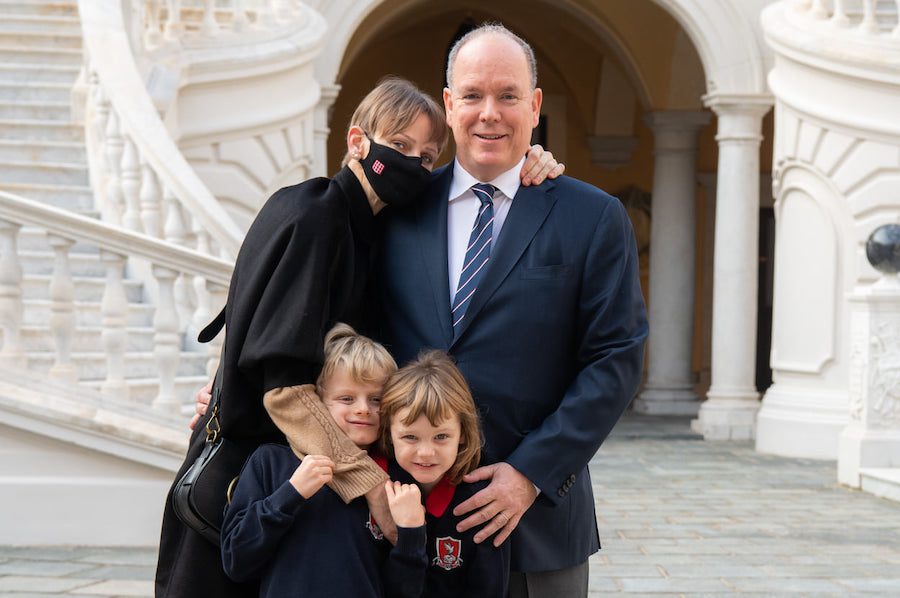 Princess Charlene has made her long-awaited return to the Principality of Monaco where she will continue the final stage of her recovery with her family, the Palace has announced.

In a statement released late Saturday, the Princely couple said: “In agreement with her doctors and while her recovery is on the right track, Their Serene Highnesses have jointly agreed that Princess Charlene can now continue her convalescence in the Principality, with her husband and children.”

The Palace revealed that the princess had just returned to Monaco where “She is happy to have found her family and loved ones.”

“As soon as her health allows, it will be with joy that the Princess will again share privileged moments of conviviality with the Monegasques who have missed her so much. In order to facilitate her full recovery, Princess Charlene is still in need of calm and serenity, the Princely couple therefore asks that we continue to respect their privacy and their family environment.”

It’s been almost a year since Princess Charlene departed for South Africa to attend the funeral of Zulu monarch King Goodwill Zwelithini and launch an awareness campaign on the plight of rhinos as part of the Princess Charlene of Monaco Foundation.

Complications from a severe ear, throat and nose infection grounded the princess in her native country for eight months where she underwent a number of medical procedures. Intermittent social media posts showed a very frail woman, far from the healthy, muscular former Olympic swimmer that Monaco and its citizens had known.

Prince Albert and their children Prince Jacques and Princess Gabriella visited Princess Charlene on two occasions, and throughout his wife’s time in Africa, Prince Albert was forced to publicly dispel rumours that there was a rift in his marriage.

On 8th November 2021, Princess Charlene made her return to the Principality of Monaco, her frail figure evident even from behind a mask as she posed for photographers with her family in the Palace courtyard.

Within a week, the Palace announced that Princess Charlene would be suspending public duties and had entered a treatment facility for “deep general fatigue”.

Prince Albert’s sisters, Princess Stephanie and Caroline Princess of Hanover, have both stepped in to fill the official void left in Princess Charlene’s absence, often appearing alongside her children, Prince Jacques and Princess Gabriella during public engagements.

Monaco Life joins the people of the Principality in welcoming Princess Charlene home.