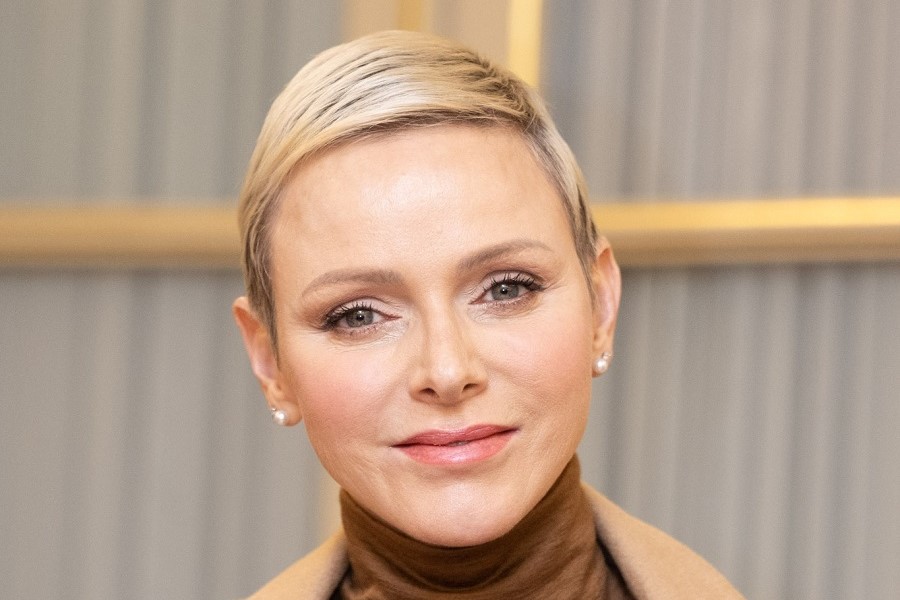 Monaco’s darling, Princess Charlene, has opened up about her health and family happiness as well as the future responsibilities of her young children in an intimate interview with Monaco Matin.

As Princess Charlene celebrates 10 years of her eponymous foundation, she has stepped into the limelight to offer a rare insight into her private life at home in the Prince’s Palace with husband Prince Albert II and their eight-year-old twins, Hereditary Prince Jacques and Princess Gabriella.

The last few years haven’t been easy for Princess Charlene. She caught an ENT infection whilst on a conservation trip in Africa and was forced to spend months separated from her family during a long period of convalescence, first in her native country of South Africa and again on her return to the Principality at the end of 2021. Even then, her recovery was unfortunately not complete and after a lapse in her health, she withdrew again from public life and wouldn’t resume her engagements until Easter this year.

“When I returned to the Principality, I focused all my energy on my children, my husband and my health because they are my priority. My state of health is still fragile and I don’t want to go too fast. The road has been long, difficult and so painful,” the 44-year-old former Olympic swimmer told local press in May 2022.

“My family and those I love are my rock”

Now, she has opened up again, in an intimate interview with Monaco Matin, to express her happiness and relief at her recovery.

“I feel so much better today than I have in recent years,” she told the newspaper’s Cédric Verany, who has previously been given similar access to the inner circle of the Sovereign family. “I feel less pain and much more energy. I continue to recover, to rebalance myself. It will still take time, but I’m happy. My family and those I love are my rock. I approach the future, step-by-step, one day at a time.”

Monaco’s National Day, which was held on 19th November, marked the first full-scale celebration – and the first large family reunion for the royals – in three years due to the Covid pandemic and Princess Charlene’s health issues. She told Verany that her children were “very enthusiastic to take part in this National Day”.

“The National Day is always a joyful time with the family, supported by many interactions with the Monegasque population,” she said. “This year, Jacques was happy to wear the same uniform as his father and Gabriella [was] very proud to wear her medal.”

Moving on to respond to a question about her twins’ maturity and the expectations upon them, Princess Charlene said, “Jacques and Gabriella were born with responsibilities and duties. They are still only children, but they are beginning to understand their roles… They continue to observe and learn before it becomes natural for them.”

The Princess also spoke of the approach she and Prince Albert take ahead of high-profile events with their children: “With my husband, when we have to go to an event, we explain to them what the nature of this event, what this ceremony is. They like to accompany us, and the four of us like to accomplish these missions together.”

Finally, when asked about the bond that her two children share – a special relationship that their father once joked “makes them very much into accomplices” – Princess Charlene admitted that Jacques and Gabriella share “a rather unique bond”.

“They are two children who have their own language and who understand each other,” she touchingly explained. “They love and protect each other and share an immense benevolence between them”.