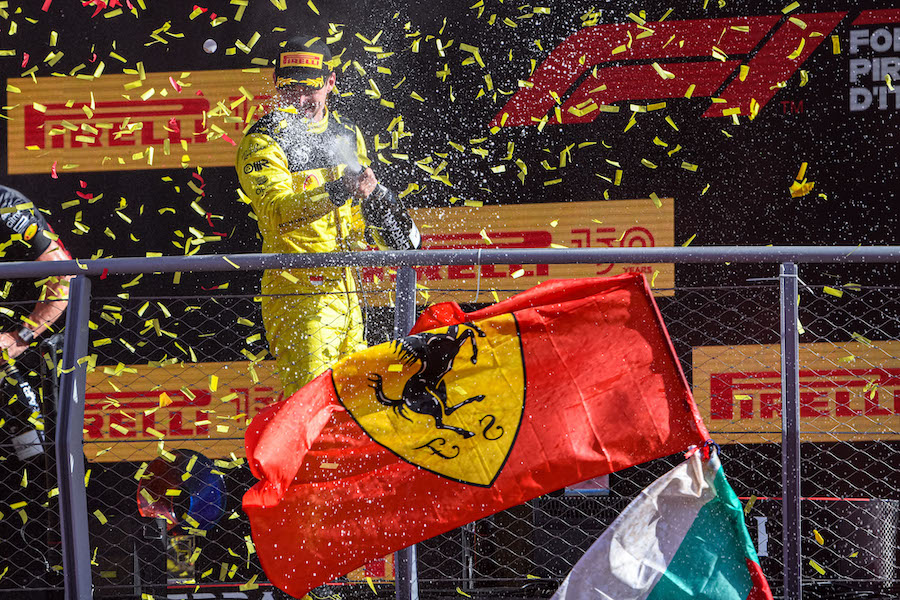 Red Bull’s Max Verstappen overcame a five-place grid penalty to win the Italian GP on Sunday in a highly strategic race as Ferrari let it slip on their home turf.

Monégasque driver Charles Leclerc lined up on pole position having narrowly beaten Verstappen, who had a five-place grid penalty, which dropped him to seventh. Teammate Carlos Sainz finished third on Saturday, but a grid penalty saw him drop back to 18th.

It was English driver George Russell who therefore lined-up next to Leclerc on the front row of the grid on Sunday. Leclerc comfortably held his lead off the grid, but the real danger was further back. By the first corner of the second lap, Verstappen had already made his way up to third.

The reigning world champion clearly had pace, as he has in recent races. But this race was as much decided by strategic calls and tyre degradation as it was by raw pace. Leclerc saw an opportune moment to make an (almost) free stop under a virtual safety car, and took it.

However, it was too early, and Verstappen could hugely extend his first stint, allowing to take the advantage of his increasingly distant title rival. A pit stop in Monza is said to cost around 24 seconds, the longest on the F1 calendar. The decision to stop Leclerc twice, compared to Verstappen’s one-stop strategy, was the latest in a series of questionable Ferrari tactical calls.

Without having to overtake Leclerc on track, Verstappen inherited the lead of the race. A late safety car following a technical failure to Daniel Ricciardo’s McLaren looked to give Leclerc another chance of snatching the victory in front of the adoring Tifosi that had attended en-masse throughout the weekend.

However, there wasn’t enough time to restart and the race finished behind the safety car, to the disappointment of everyone, even Verstappen, who was ultimately the major benefactor of the decision.

As a result, Leclerc remains truly cut adrift from Verstappen, who could wrap up consecutive titles in the coming races. 116 points currently separate the duo, who at the beginning of the season were inseparable both in the standings and on-track. Russell rounded off the podium and Sainz had a magnificent recovery drive to secure fourth.

In front of their home fans, it was ultimately a disappointing weekend. There is a tacit acceptance that the title is over, but there was hope of a Ferrari win, which could spark scenes similar to those experienced during Leclerc’s win in 2019. It wasn’t to be.

Monza, however, is always special for Ferrari, and therefore for Leclerc. “Monza is always incredible. Starting from pole, I did want to take the win. However, that’s not how it went today. Seeing the tifosi under the podium made it a lot better.”

Due to the cancellation of the Russian GP, there is now a gap in the calendar, and there isn’t a race until Singapore in early October.