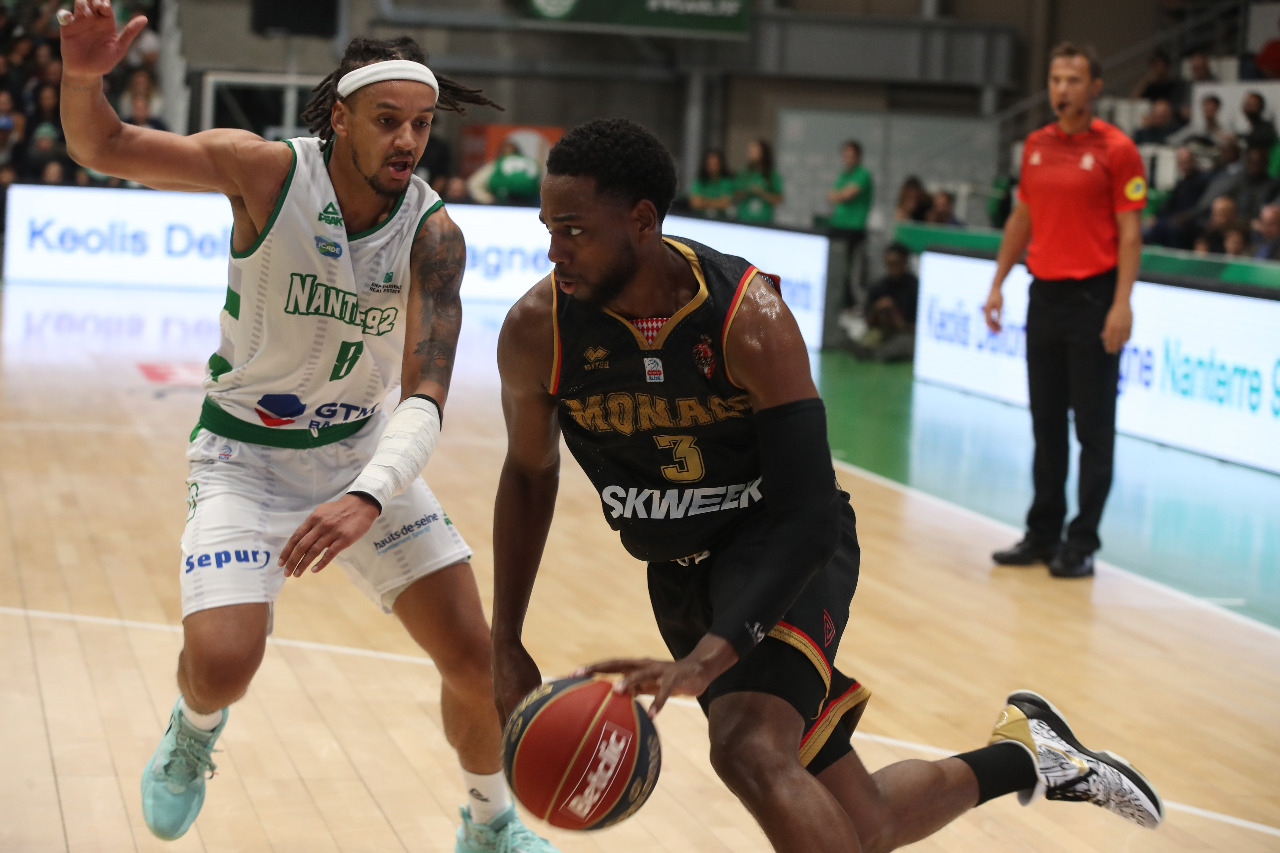 AS Monaco Basketball began the new season with a hard-fought comeback victory against Nanterre on Saturday (75-78), with debutant Jordan Loyd playing a starring role.

A new-look side had to show resilience and experience in the opening gameweek. In Adrien Moerman (14), their captain for the season, they have that. The Frenchman, a Euroleague veteran making his return to his domestic division, was pivotal in the dying seconds of the fourth-quarter, and allowed Monaco to get over the line.

But Monaco didn’t have it all their own way. Nanterre, with home court advantage on the opening week, started brightly and took an early lead (26-18). Sasa Obradovic’s men showed more energy and desire in the second-quarter to claw their way back and take a narrow lead going into half-time.

However, Nanterre fought back. A Justin Bibbins three-pointer gave the home side a seven-point lead (56-49). Mike James (15), the star from last season, and Moerman helped Monaco decrease the deficit, whilst Loyd (17), on debut was a constant source of points for the Roca Team.

It was Moerman who dealt the decisive blow in the dying stages to give Monaco a three-point lead (75-78) with just 11 seconds on the clock. Monaco needed to show defensive resilience to prevent over-time, and Alpha Diallo, who is Obradovic’s go-to man in defence, came up with the goods to smother their final attack and hand Monaco the victory.

It was an ideal start for the Roca Team, who are strong favourites to reach the end-of-season play-offs once again. However, the difficulty for Monaco in the past has been taking that final step to becoming champions. Although it is much too early to debate whether this could be Monaco’s year, their summer recruits do look to have brought a vivacity and a level of experience previously lacking in Obradovic’s roster.

Roca Team fans still have a week to wait to see their new-look side in action at the Salle Gaston Médecin. Before their return to the Principality, they will face Nancy on Tuesday.