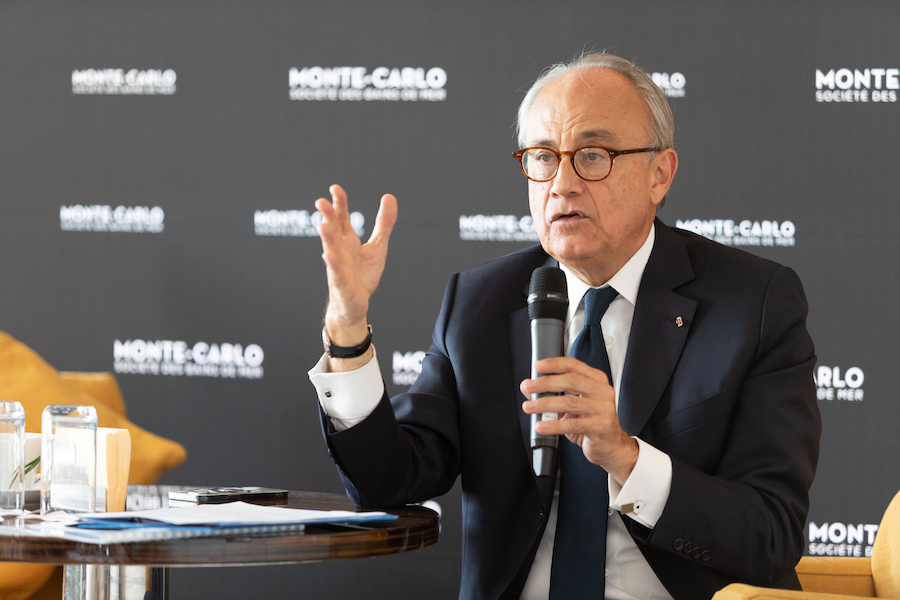 Jean-Luc Biamonti has told Monaco Life that he will leave his role as deputy chairman of SBM in six months’ time with a strong feeling of accomplishment, handing over a very different company than what he inherited.

The press had gathered on Friday 23rd September at the Monte-Carlo Bay Hotel and Resort to hear Jean-Luc Biamonti discuss the latest General Assembly with shareholders and the encouraging financial figures generated from a busy summer season.

And it was with great pride that the Société des Bains de Mer (SBM) deputy chairman recalled the €530.5 million profit for the 2021/2022 financial year, a 57% increase on the previous year, that had been revealed in March, adding that a bumper summer season could potentially lead the company to its most successful financial year yet.

But it was also revealed that this will in fact be Biamonti’s last few months as head of the company. Earlier in the day, SBM shareholders had been informed that he will be stepping down from the top job on 31st March 2023.

Jean-Luc Biamonti has a long history with the Société des Bains de Mer. In 1985, he became director of the company, before rising to Chairman of the Board of Directors in 1995. By 2013, he was entrusted with the operational reins of the group with the title of deputy chairman.

“When the Prince called me, the company was not doing very well,” Jean-Luc Biamonti told Monaco Life. “It was 2013 and SBM was losing money, for example the share price was €30. It is now somewhere between €90 and €100.”

It is certainly a very different looking SBM to what Biamonti inherited. Under his tenure, a number of very large and bold projects were realised.

“One-Monte Carlo was perhaps the biggest game changer for Monte-Carlo SBM because it has increased the revenue tremendously,” said Biamonti. “It made Monaco and Monte-Carlo more attractive, and the stores are delighted with their performance. There was also the renovation of the Hôtel de Paris, and now the expansion and renovation of the Café de Paris.”

He also oversaw one of SBM’s biggest gambles, an investment in the online gambling company Betclic, which this year paid off dividends after some tumultuous years in the red.

“Ultimately the industry turned around, and we sold it at a huge profit – €820 million, which has injected cash in SBM, well half cash, half shares, but the shares we can sell progressively.”

It is no doubt the end of an important era for the Société des Bains de Mer, Jean-Luc Biamonti and Monaco in general. Biamonti will be succeeded in April 2023 by Stéphane Valéri, who will step down as National Council President in a matter of days to become Chairman of the Board of Directors of SBM.

“I think I have turned the company around,” concluded Jean-Luc Biamonti. “I leave it in very good shape, and with a warm heart.”