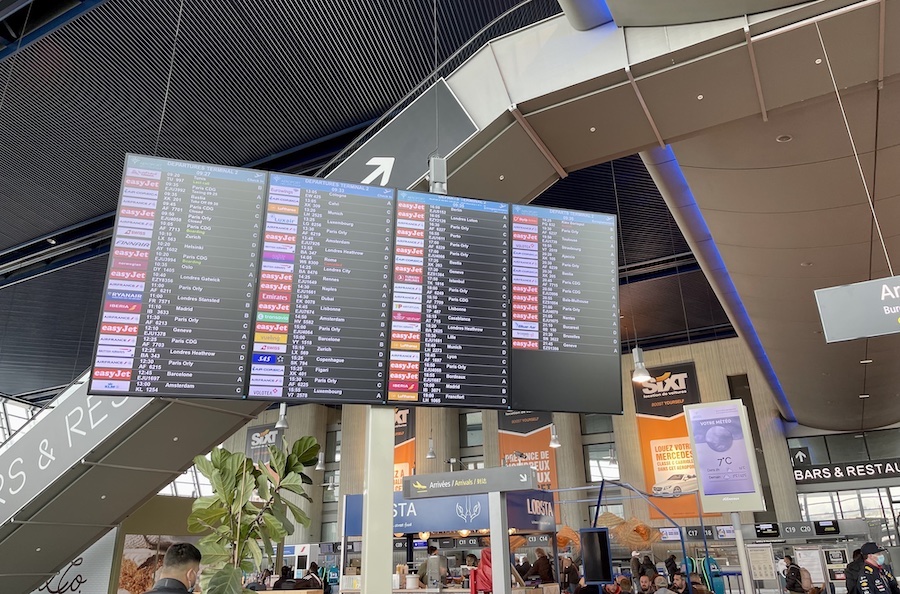 The French Civil Aviation Authority has asked airlines to cut the number of flights in half on Friday, anticipating major disruptions due to a planned air traffic controllers strike.

France’s air navigation services manage one of Europe’s biggest, and most jam-packed, areas of airspace. Controlling more than three million flights, 60% of which are flights flying over but not landing in the country, they have a massive job and huge responsibilities.

Air traffic controllers and their union, the Syndicat National des Contrôleurs du Trafic Aérien (SNCTA), are asking for higher pay, and they are going on strike to try and get it.

The strike, planned for Friday 16th September, means travellers should expect flight cancellations and significant delays, whilst Eurocontrol, Europe’s air travel regulator, looks for ways to avoid French airspace. Additionally, the Civil Aviation Authority is encouraging “passengers who can, to postpone their trips and to enquire with their airline to know the status of their flight” to do so.

Air France, easyJet, Transavia, Ryanair, and Volotea are expected to be the most affected by the action. They collectively operate about 64% of all flights scheduled to depart France on Friday.

French airspace extends over 14 million square kilometres spanning mainland France, the Mediterranean, the Atlantic, and French overseas territories. The French State Air Navigation Service provider controlled 3.2 million flights in 2018, an average of 8,800 flights per day, with peaks of up to 11,000 flights.

The air traffic controller strike is an extension of the summertime woes plaguing the air travel industry. Airlines were forced to cancel thousands of flights, responding to massive staffing shortages as well as strikes by pilots, cabin crew, and baggage handlers all angling for better pay and working conditions. 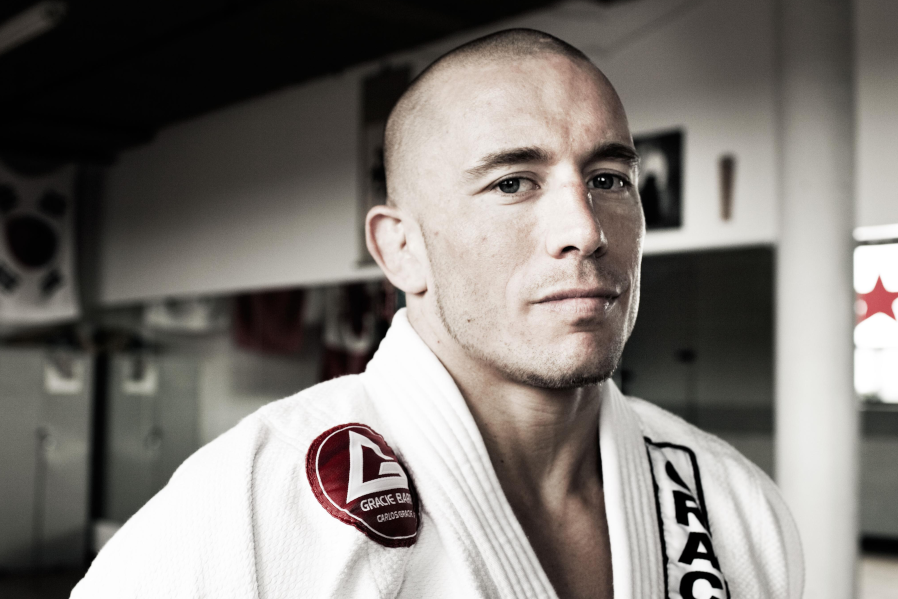 Georges St-Pierre, known as one of the best mixed martial arts (MMA) fighters worldwide, will chair the Sportel Awards jury at the Grimaldi Forum in October.

St-Pierre, born in Quebec, has an incredible record (26 wins out of 28 fights, including eight by knockout, six by submission and 12 by decision) and made his long-awaited comeback at Madison Square Garden in 2017, following a four-year absence. He has been voted Athlete of the Year and Fighter of the Year on several occasions.

The Canadian officially retired in 2019 after a glistening 17-year career and is now focusing on his other projects, most notably his acting career, including appearances in ‘Captain America: The Winter Soldier’ and ‘The Falcon and the Winter Soldier’.

He will chair the Sportel Awards Ceremony on 24th October, an event which rewards the best sports books and sports images of the year. “In addition to the missions that I have been assigned to, chairing the jury and selecting the most beautiful sports images, it is above all a great human adventure that promises to be exceptional. It is a unique opportunity to meet the greatest champions in their respective disciplines in one place, to share our common values and passion,” said St-Pierre.

The awards, created in 1990 and under the Honorary patronage of Prince Albert II, is an event that allows exceptional and unique encounters with champions during public events specially dedicated to them, such as signings, exclusive meetings, and screenings.

On St-Pierre’s attendance at the event, Laurent Puons, CEO of Monaco Mediax said, “Georges St-Pierre is a real MMA legend, an athlete whose incredible performances have been highlighted all throughout his career thanks to his determination, his humility and to his moral and physical strength.”

He added, “He is an athlete with unique human values. I am extremely happy and proud that he has agreed to chair the jury of experts who will be selecting the most beautiful sports images of the year.”

Prince Albert II has officially opened six new public escalators in Beausoleil and, alongside the dozen new MonaBike stations going into service, non-vehicular travel between the Principality and Beausoleil has never been easier.

Soft mobility is a term bandied about quite often these days. It is loosely defined as modes of transport outside of cars and public transport that get people from point A to point B under their own steam, such as walking, cycling, rollerblading or scootering.

The popularity of these methods grows as more people become aware of the health and environmental benefits of getting out of their cars, as well as the time and money-saving aspects: No car means no paying for petrol or parking.

Monaco has long embraced alternatives to vehicle travel and now the enthusiasm has spread to neighbouring Beausoleil.

Prince Albert, alongside Beausoleil Mayor Gérard Spinelli and other Monaco government ministers, officially inaugurated the first MonaBike station installed on French territory on Tuesday 13th September – Marché near the market – offering 12 e-bike connections.  By the end of 2022, there will be a total of three stations: Marché, République on Boulevard de la République, and Victor Hugo in the future car park.

In line with Monaco’s soft mobility strategy, walking is also being encouraged thanks to the co-financing of 10 new escalators in Beausoleil – two were delivered in 2018, two in January 2022, and six were unveiled on Tuesday.

“Therefore, the 458 steps separating the market at Riviera Palace no longer constitute an obstacle to climb but a friendly, free and harmless stage in an interurban route, as can be seen from the 5,500 daily users who take the Riviera line (which goes from Avenue du Général de Gaulle to Avenue Carnier) and thus the recent Alcazar line which already counts 1,500 passages per day,” said the government in a statement. “All of these means of soft mobility aim to improve the quality of life and reduce the number of vehicles for personal use in a common desire to reduce greenhouse gases, further strengthening the Franco-Monegasque friendship.”

Mayor Spinelli, enthused by these new projects, has said he would like to install another 13 escalators in the coming years, at a projected cost of €16 million. 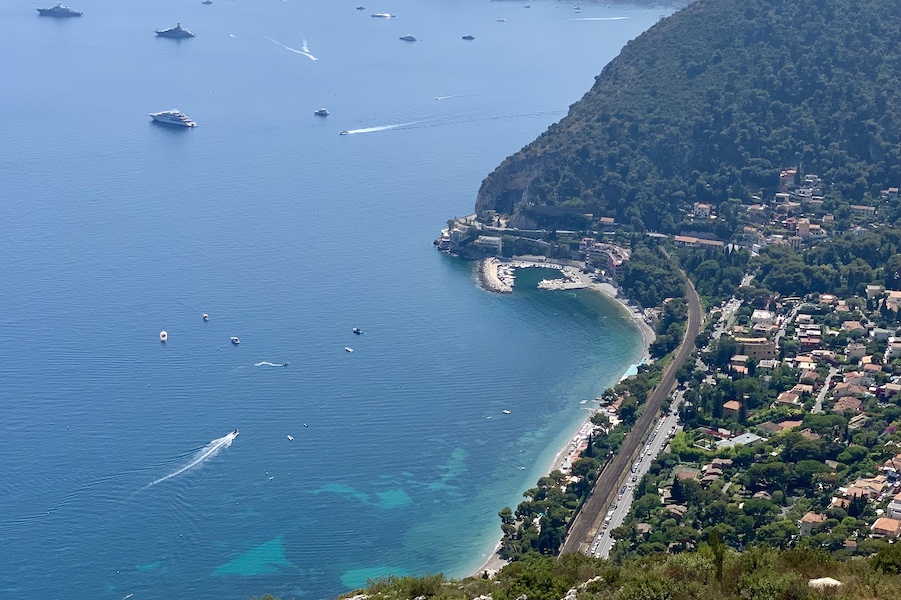 Saturday is World Clean-Up Day and to celebrate, The Animal Fund is asking people to join them in tidying up the beach in Èze, gathering plastic waste that would otherwise find its way into the sea.

The Animal Fund (TAF) is a non-profit marine conservation association registered in France, Monaco, the United Kingdom, and Denmark that focuses on protecting the ocean as well as saving dolphins and whales from pollution, overfishing and maltreatment.

In honour of World Clean-Up Day, the organisation is hosting a beach clean-up in Èze alongside Blue Coast Brewery, Fonds Bleu Diving and the Village of Èze, to get rid of the rubbish and plastic waste littering the coastline and endangering marine life.

Participants will be provided with gloves and trash bags for the work part of the event, while educational quizzes, refreshments and entertainment will also be organised. The clean-up will be all the more poignant by knowing that millions of other people all over the planet will be doing the exact same thing at the exact same time, and together a difference will be made.

TAF’s work is highly education-based, and to get the word out, they collaborate with 55 schools and 12 universities on awareness programmes and events. Among TAF’s numerous campaigns, their primary one is to stop the use of single-use plastics, replacing them with sustainable alternatives. Additionally, they advocate the change of consumer habits by consuming less plastic in general.

In 2022 alone, they have spearheaded a multitude of conferences, clean-up operations, talks, workshops, and exhibitions.

The World Clean-Up Day Èze event will take place on Saturday 17th September from 10am to 12pm on Èze Beach. To sign up, email info@theanimalfund.net and for more information, visit the website on https://theanimalfund.net/en/news/events/ 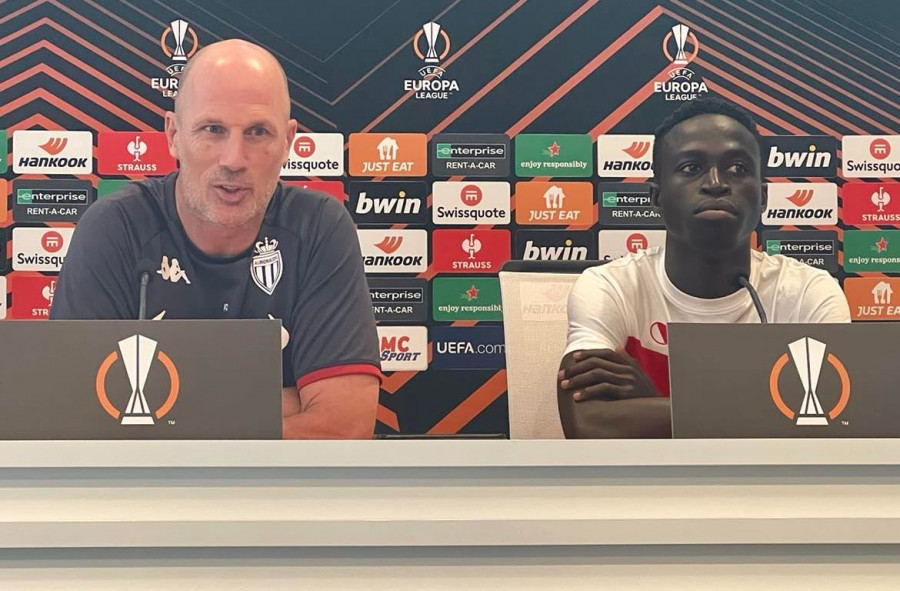 AS Monaco manager Philippe Clement has told a pre-match press conference that he is under no illusions as to the threat posed by Ferencváros, although he is counting on his side’s “mental and physical strength” to extend their winning run.

Clement spoke to the media on Wednesday ahead of Thursday’s Europa League tie at the Stade Louis II, the first to take place in the Principality of this current European campaign. His side are teeming with confidence, for many reasons, but largely because of their three-game winning run, which included victories against local rivals Nice, as well as European hopefuls Lyon.

Before the fixture at the Allianz Riviera, the first win in their current run, defender Caio Henrique told Monaco Life that a win against their local rivals could “launch their season.” And so it has proved, with the Brazilian left-back a key component of their recent success.

“His start to the season has been of a very good level,” began Clement. “He has progressed even further compared to last season. He is feeling good within the dressing room and his playing style perfectly suits a three-man defense. As a result of that, he can show his offensive qualities more.”

Collectively, Monaco are high on confidence, but the recent performances of some key players is also helping to boost confidence on a personal level. Axel Disasi and Youssouf Fofana, both of whom have been undroppable since the beginning of the season, earned a place in Didier Deschamps’ provisional France squad.

“I am very happy for them because they’ve both had very good starts to the season. I think it’s very good to have experiences like that. Last season when Aurélien [Tchouaméni] came back from international duty for example, he did so with more confidence and experience. I am very happy when my players are picked for their international teams. It allows them to play at a good level, whilst accruing experience,” Clement told Monaco Life.

As well as confidence, there is a level of physical preparedness within the squad that makes Monaco a formidable opponent. Last year, the club boasted the most impressive physical statistics of any French club and ranked third on a European level. This year, the club have continued on the same path, and the results are being felt by the players themselves.

“[Aleksandr] Golovin told me this morning that he felt as if he had never recovered quicker from a match in his career. You see then why they worked so much during pre-season,” said Clement.

In that context, Monaco may find themselves with a tough challenger during Thursday’s tie against Hungarian champions Ferencváros. Due to their dominance in the domestic division, they can afford to make wholesale changes, and only two of the players that started their Europa League tie last Thursday started during their domestic fixture at the weekend.

“This will be a tough match against a side that will undoubtedly be fresher than us,” said Clement. However, the Belgian coach also sees the strengths within his side to allow them to secure that fourth consecutive victory in all competitions.

“I am seeing solidarity, discipline, and a mental and physical strength, even when we weren’t winning at the beginning of the season. There are also more and more automatism, which is normal with a new system and new players to integrate into the squad,” said Clement.

Monaco attacker Krépin Diatta also praised the atmosphere within the group ahead of the clash, telling Monaco Life, “The competition within the squad is very healthy. When someone doesn’t play, they don’t complain. So long as the spirit within the group is like that, we will get results.”

Although without the defensive anchor of Guillermo Maripán and Kevin Volland for the fixture, Monaco will be hoping to validate Diatta’s comments and continue their run of positive results. A victory would not only be their fourth in quick succession, but it would also consolidate the strong start to their Europa League campaign and potentially allow them to clinch top spot in the group.

Photo of Philippe Clement and Krépin Diatta by Monaco Life