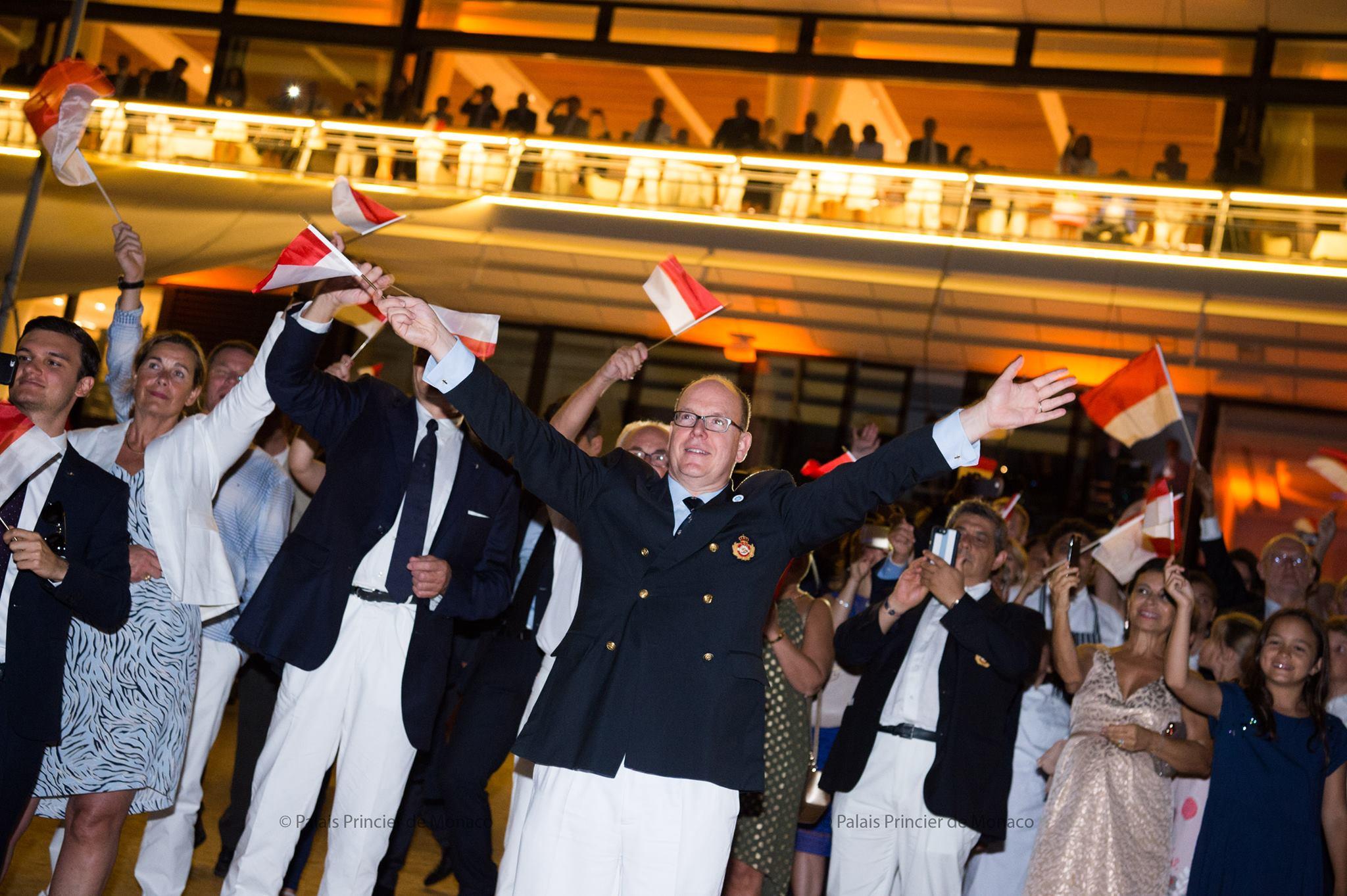 On March 14, HSH Prince Albert celebrates his 60th birthday. If you’re hoping to know all the important details about what flavour of cake HSH will be eating and what the twins are wearing for the birthday occasion … then go to People Magazine. That’s not my style.

I’m sure the Prince himself, who this week told Le Figaro that he “feels somewhere between the age of 15 and 45”, will take a moment on his big day to reflect over his achievements to date. The list is impressive, as the Olympian, and the Foundation that bears his name, continue to promote environmental protection and sustainable development, both at home and on a global scale. From the National Pact for Energy Transition to solar roads in Fontvieille, and from Yersin, the ecological research ship flying the Monegasque flag currently on a 3-year worldwide mission, to Prince Albert’s North Pole expedition in 2006 to draw attention to climate change.

As recently as last Friday, I listened at the Awards Ceremony of CleanEquity Monaco as Prince Albert announced the creation of the world’s first Global Award for Sustainability with the Nobel Sustainability Trust, and a Global Green Investment Bank. Wow.

Yet as the Prince celebrates this milestone on Wednesday, rather than provide a resumé-style retrospective, I would like to pay tribute to the Prince of the People.

As a journalist in Monaco, I cross paths with HSH in a variety of contexts: an art vernissage, the London to Monaco Charity Cycle arrival at the palace, a celebration for the Solar Impulse 2 Team, the opening of the Energy Security Forum or the Monaco US Celebrity Golf Cup Gala Dinner. I have been a guest at the Prince’s home, Rocagel, when he kindly agreed to an exclusive interview along with Mungo Park, his co-founder of CleanEquity Monaco.

All of these encounters allow me to paint a bigger picture of HSH across a day, or week, and it’s more than just the words that fill column inches. It’s a story about a Prince who is as loyal to the people as they are to him.

Let me share some snapshots from over the years. Before arriving at the Fairmont last Friday to make his closing speech at CleanEquity Monaco, the Prince had been at Grimaldi Forum, where he met with 18-year-old Felix Finkbeiner who was launching his Trillion Tree Campaign with the Prince’s full support.

On the morning of November 8, 2017, after hosting HRH Prince Andrew Duke of York at a Palace Gala reception the night before, Prince Albert was at the Yacht Club for the inaugural Princes’ Cup, a rowing competition for youth organised by Outward Bound Monaco. Then he was off to the Hermitage for the 90th anniversary luncheon of the Monte-Carlo Club. By 5 pm, he arrived at MonacoTech’s new premises to inaugurate the joint initiative between the government and Monaco Telecom.

The Prince is not just showing up, he’s committed; he spoke to each of the kids participating in the rowing regatta. He took the time to ask questions to each of the 15 startup companies at MonacoTech, even though that delayed the speeches.

I constantly see how Prince Albert has a way of validating each of the people he has contact with in his role as a sovereign. While Prince Andrew is painfully awkward socially, unsure of how to hand a youth a baseball cap, Prince Albert is old hand at putting people at ease with a smile and casual conversation.

On June 9 last year, immediately after landing from New York, where he had addressed the UN at a three-day Ocean Conference, Prince Albert arrived for the closing of Monacology’s EcoVillage, at Quai Antoine 1er. He spoke to each local business and student at every booth, asking questions, and even watched a puppet show.

On December 14, 2016, fresh from Quebec City, Canada, where HSH participated in an Arctic Circle event on sustainable development, at 11:15 am, he was paying a visit to the tribute exhibition to Monaco’s former Minister of State, Michel Roger, at La Cremaillere restaurant. The Prince genially shook everyone’s hand as he entered and spoke to each artist.

Later that afternoon, HSH and Princess Charlene welcomed 600 Monegasque children for the traditional Christmas at the Palace.

At 6:45 pm, Prince Albert pulled up to the Hotel de Paris for the “Vente aux enchères de sapins de Noël”, the annual Action Innocence fundraiser that auctions Christmas trees for charity. Later that evening, Prince Albert attended an awards ceremony at 8:30 pm at the Automobile Club of Monaco, where he presented Nico Rosberg with an original work of the British artist Michael Turner.

Throw into the mix the Prince’s sense of fun, community and sportsmanship: his participation in the Riviera Water Bike Challenge, the 140 km St Tropez to Monaco Cycle and the 2016 World Rowing Championships when he joined the Yole 8+, to name a few events.

For me, the success of a person’s life is measured by how he or she treats others. In February 2016, Prince Albert graciously paid a visit to some 40 parishioners of St Paul’s Monte Carlo, in support of the church’s elevator appeal, for which the Prince is patron. After spending a fair amount of time chatting with various people, it was time for the Prince to leave. On his way out, I watched as he made a point to stop and shake hands with the young caterers.

Happy 60th Birthday to the Prince of the People.